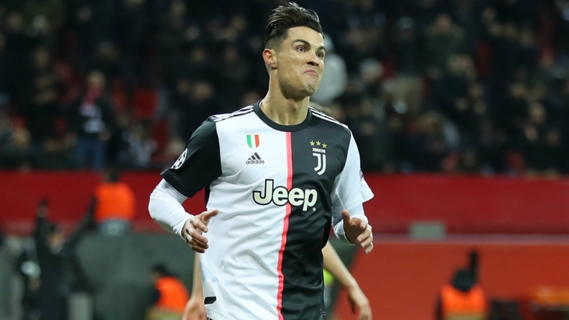 Ronaldo scored twice in Sunday’s 3-1 win over Udinese as the Serie A champions ended the weekend level on points with Inter at the top of the table.

The 34-year-old had failed to net in four Juve games in November amid injury problems and a rumoured unhappiness with coach Maurizio Sarri, who substituted him against Lokomotiv Moscow and Milan.

Nedved now thinks the former Real Madrid star is back to full form and fitness, as evidenced by his performance against Udinese, in which he combined with Paulo Dybala and Gonzalo Higuain to impressive effect.

And Nedved hopes Ronaldo can make the difference when Juve face Lyon in the last 16 of the Champions League in 2020.

“He is a champion and when he’s needed, he’s always there,” Nedved said of Ronaldo after Monday’s draw. “He had some physical problems and is now back in good form.

“It’s nice to see Cristiano, Dybala and Higuain all playing together, and they can all be on the pitch at once if all three run and sacrifice themselves like they did yesterday against Udinese.

“The coach naturally evaluates the state of form of each one when he makes his choices and, at the moment, they are all in form and you can see it.”

Nedved believes the draw was a positive one for Juve, although he acknowledges Sarri’s side must not allow their form to drop in the run-up to the Lyon tie, with the first leg taking place in France on February 26.

“We can’t complain, considering that last year we drew Atletico [Madrid], but if you’re not in form when the Champions League comes back around between February and March, there is little that you can do,” he said.

“The precedents are favourable to us, but they do not count for anything – only the form in the moment counts.