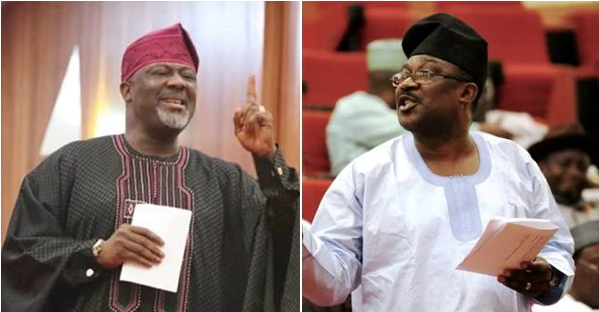 Smart Adeyemi of The All Progressives Congress has defeated Dino Melaye of the Peoples Democratic Party in Ijumu local government in the Kogi West senatorial district re-run election.

They are both from the local government.

While Mr Adeyemi is an indigene of Iyara, Dino Melaye is from Aiyetoro, a neighbouring village.

The final result for the local government was announced on Sunday morning.

Mr Adeyemi’s APC polled a total of 11,627 votes while Mr Melaye’s PDP amassed 7,647 votes in the local government, according to the electoral commission, INEC. The candidate of the SDP, Natasha Akpoti, came a distant third with 49 votes.

Ijumu is part of Kogi West senatorial district, the district the candidates seek to represent in the Senate.