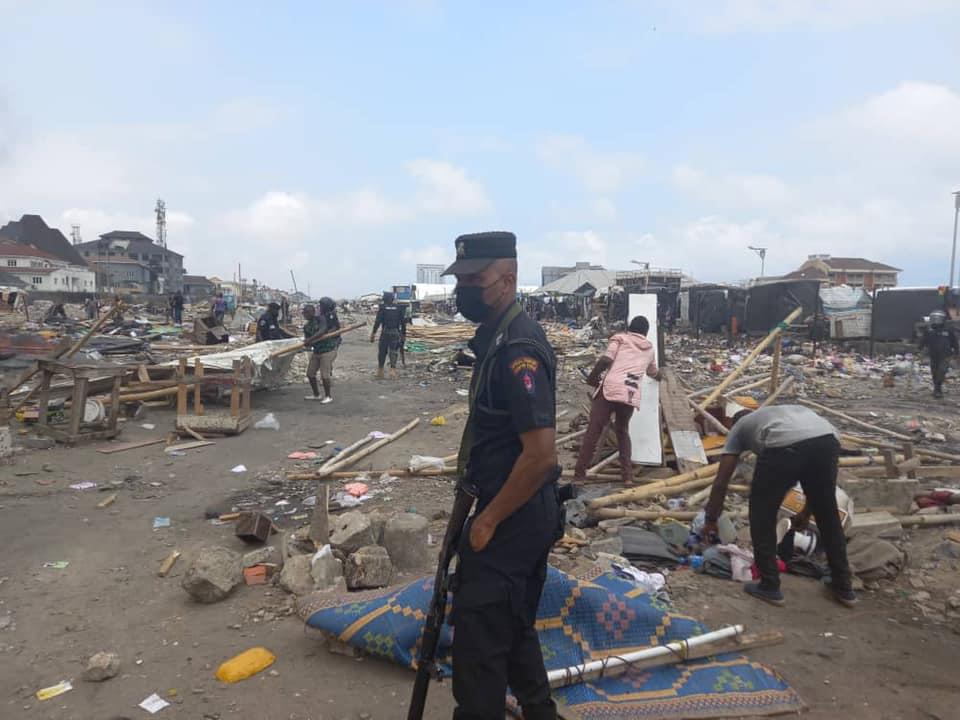 The Lagos State Environmental and Special Offences Unit (Taskforce) has said it would prosecute 30 persons arrested on Wednesday for rebuilding kiosks and shanties at Marwa Ghetto, few days after the area was cleared to serve as an alternate road to Lekki-Epe Expressway.

According to the Chairman, Lagos State Taskforce, CSP Shola Jejeloye, the 30 persons were arrested when he led a team to inspect the stretch of road, which the Agency had cleared a few days ago for motorists to use in order to decongest Lekki-Epe Expressway.

He explained that the trespassers had regrouped and rebuilt the shanties removed by the operatives of the agency on the road, expressing surprise at the brazen action of the squatters.

While expressing shock at the level of impunity displayed by the illegal occupiers, Jejeloye maintained that the Government would prosecute the arrested culprits to serve as a deterrent to others, pointing out that the shanties were built on a strategic road that serves as an alternative route to Lekki-Epe Expressway, which also leads to Lekki Free Trade Zone.

In his words: “Government has been very lenient with them. We were here some days before notices were served to them to explain that need to move away from the road. Days after that, we were here to serve them a three-day removal notice. We came back on the fifth day to remove all the shanties”.

“But, here we are again, they have regrouped and rebuilt the illegal shanties on the route again. It is like daring the Government. We would make scapegoats of these 30 people we have arrested and clear the shanties again”.

Meanwhile, the officers of the Agency have impounded 57 commercial motorcycles for plying prohibited routes in Costain, CMS and Lekki as the Task Force continues enforcement of the Lagos State Traffic Law 2018.