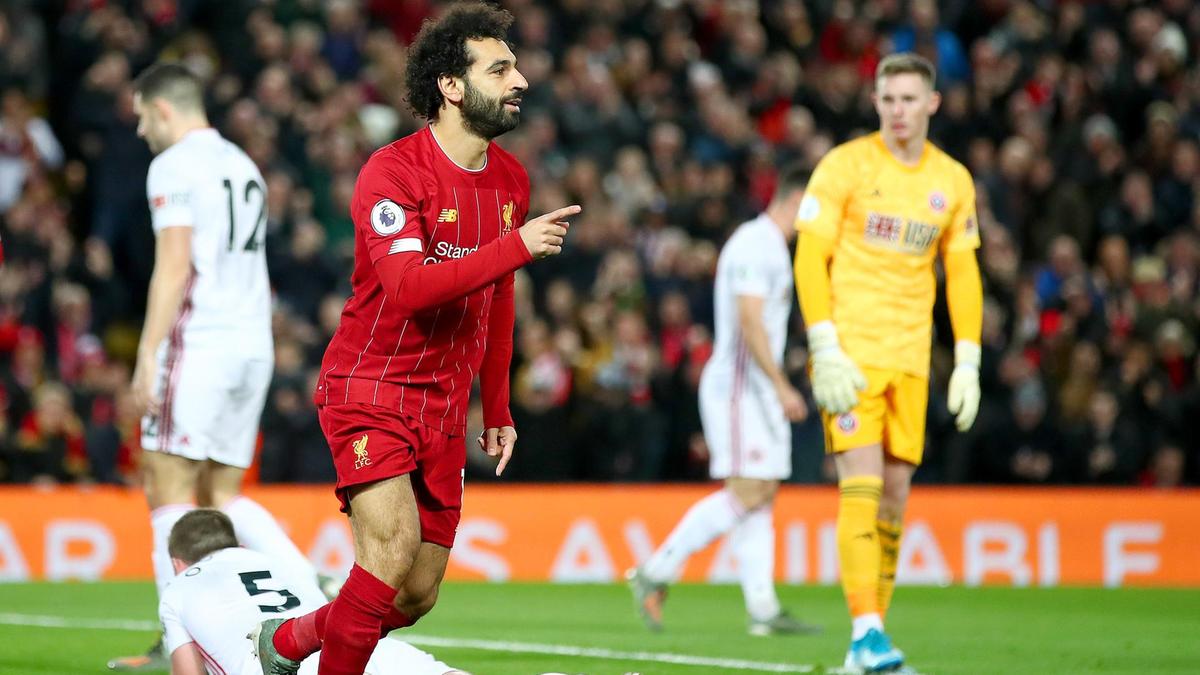 Mohamed Salah seems not to be tired of shattering football records after reaching another milestone against Sheffield United.

The Egyptian attested his importance to Liverpool as he scored the opener to hand the Reds a 2-0 win at Anfield.

The 27-year-old’s goal meant he has scored against 22 of the 25 different sides he has faced in the Premier League since joining the reigning European champions from AS Roma.

22 – Mohamed Salah has scored against 22 of the 25 different Premier League opponents he’s faced as a Liverpool player, only failing to net against Manchester United, Swansea City and Aston Villa. Array.

He has only failed to score against Manchester United, Swansea and Aston Villa.

Salah’s opener was the earliest goals scored by the Anfield giants and conceded by the Blades in this term’s league.

Also, it was the earliest Chris Wilder’s team has let in a topflight match since Andriy Shevchenko for Chelsea in March 2007.

Liverpool host Everton in the FA Cup third round on Sunday, when Sheffield United welcome non-League Fylde to Bramall Lane in the same competition.

They return to Premier League action the following weekend – the Reds going to Tottenham Hotspur, while United welcome West Ham.