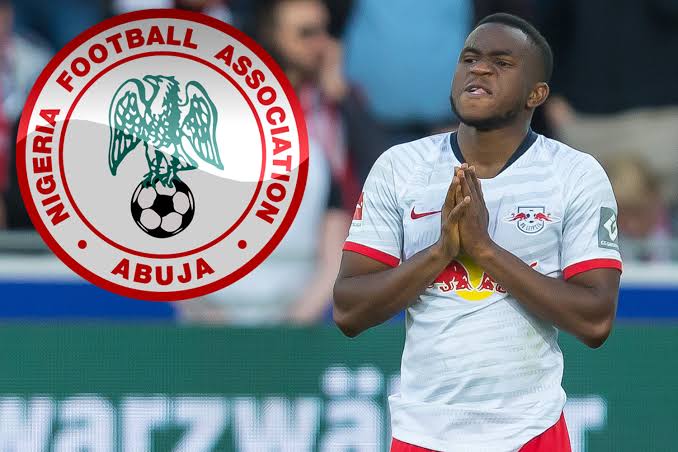 Ademola Lookman has put in place requirements to switch his allegiance to the Super Eagles from England, according to Nigeria Football Federation (NFF) technical assistant Tunde Adelakun.

The 22-year-old, born in England to Nigerian parents, has played for English youth teams and featured prominently as they won the U20 World Cup in 2017.

The forward is, however, still eligible to play for the West Africans, having not featured for the senior team of the Three Lions in a competitive game.

Adelakun revealed the former Everton man has put in place the paperwork required to complete his switch.

“Lookman has applied for the switch and all the documents are in order,” Adelakun said, as per AOI.

“It’s a positive step forward when he made his commitment to Nigeria and we are just waiting for a Fifa clearance.

“Once the go-ahead is sorted, it will be up to coach Gernot Rohr to decide if his club performance would earn him a call-up.

“He’s one of three former England youth players we’ve filed for but they are all aware of the caveat. All the players were told that they can only earn a place in the squad by playing regular club football.”

He has, however, failed to hit that same form since completing a permanent move to the German Bundesliga side from Everton last summer, having only played five games since his switch.

Ola Aina, Victor Moses, Alex Iwobi and Shola Ameobi have in the past switched allegiance from England to Nigeria.