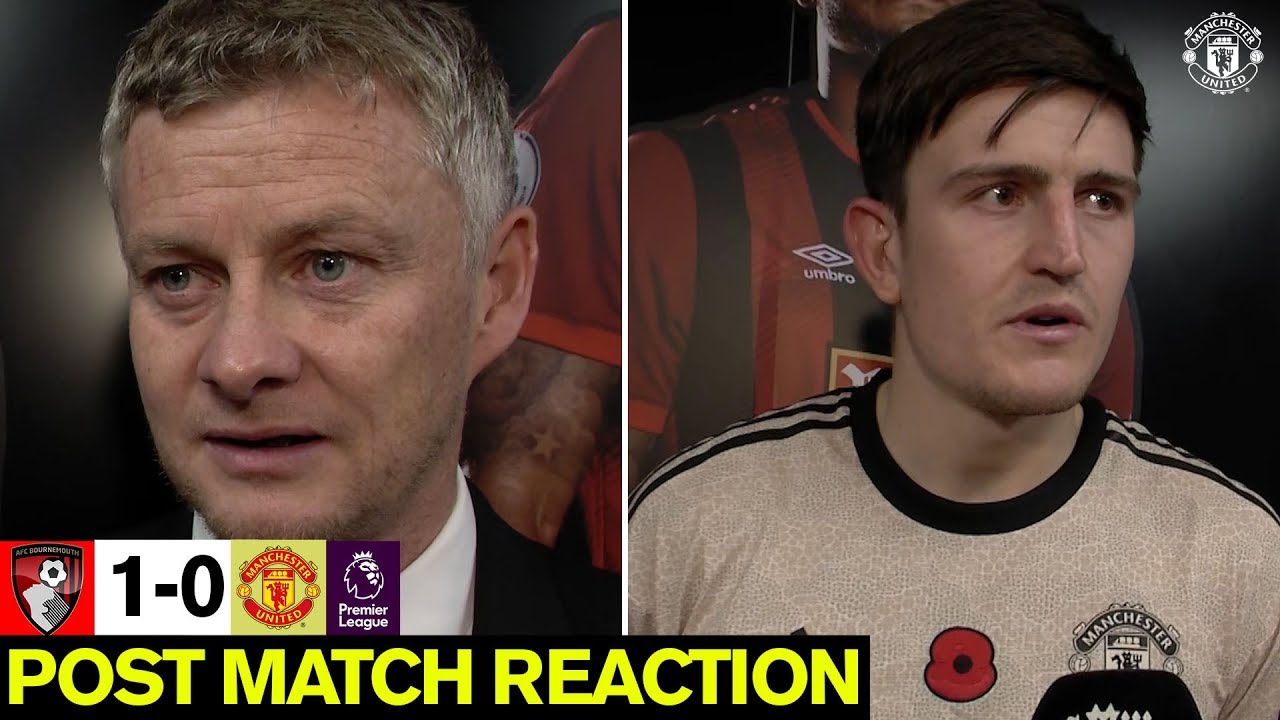 The £80m defender believes the inconsistent Red Devils will burst back into life once they rediscover their spark in the final third of the field
Harry Maguire admits Manchester United need “a bit more quality in the final third”, with misfiring forwards doing little to aid the cause of those trying to contain opponents at the back.

The Red Devils drew a blank on their latest outing, with a disappointing 1-0 defeat suffered away at Bournemouth.

Such results are starting to become less of a surprise for a side that has been struggling to find consistency for some time now, but the lack of spark in Ole Gunnar Solskjaer’s squad remains alarming.

Maguire has conceded as much, with an £80 million ($103m) centre-half questioning the contribution of those charged with making an impact for United at the opposite of the field.

The England international defender told MUTV on the back of a reversal at the Vitality Stadium: “It wasn’t a bad performance, but it lacked quality.

“We felt like they had a couple of chances but we dealt with them pretty well as we were pushing bodies forward, but we’ve got to show a bit more quality in the final third.

“We got into some great positions. We found balls through the lines.

“I can remember Victor [Lindelof] playing quite a lot of balls through the lines, especially in the first half, and in the second. So we’ve got to show that little bit more quality.”

United had claimed three successive wins in all competitions heading into a trip to Bournemouth, but familiar struggles returned during testing run of fixtures out on the road.

Maguire added: “Four away games in 11 days, or whatever it is, is tough for the boys, but no excuses, we felt good physically out there, we felt good mentally, and were going in with confidence, and I think it showed at the start of the game.

“We’ve got to now get our heads down, look forward to Thursday and then another big game before the international break where we must bounce back.”

United will be in Europa League action on Thursday against Partizan Belgrade before returning to home soil on Saturday when Brighton pay a Premier League visit to Old Trafford.

Maguire is hoping to see the tide turn again for the Red Devils in those games, with Solskjaer’s side in need of a bit of luck and improved performances as a collective.

“The first 20 minutes we were right on top – we’ve got to score in that period,” Maguire added on the defeat suffered at Bournemouth.
“We had numerous chances and the quality in the final third wasn’t good enough to create that real clear-cut chance.

“It’s disappointing that we huffed and puffed in the second half. We had them pinned back and after three away games we were confident coming into this game and, in the end, we’re really disappointed.”