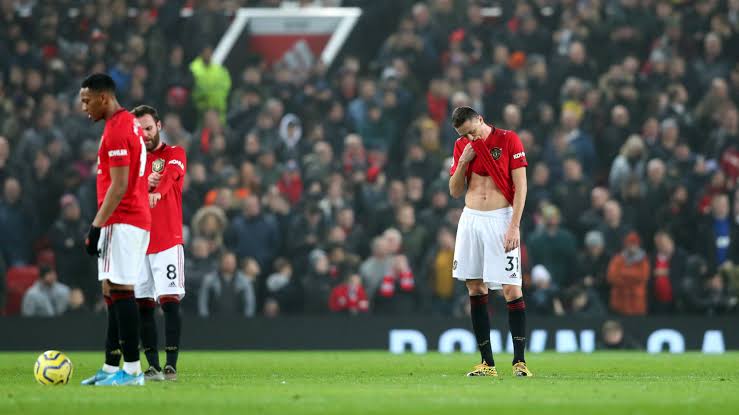 Ole Gunnar Solskjaer is not Manchester United’s biggest problem. Much of the blame for the club’s ills lies with Ed Woodward.
The executive vice-chairman has overseen an outlay of £1 billion in terms of transfer fees and salaries, but big prizes and even regular Champions League qualification continue to elude him. During his tenure, United have lifted only minor trophies like the Europa League, FA Cup and League Cup.
The lack of a long-term strategy since the retirement of Sir Alex Ferguson in 2013 has cost the club the chance to build a coherent squad capable of challenging for the major honours.

However, while Woodward, the managers he has churned through, and the players he has signed all carry varying degrees of responsibility for United’s failures, ultimately, the buck stops with the Glazer ownership.

The Florida family has been asleep at the wheel, failing to match the professionalism of Liverpool, of Manchester City and of similarly resourced clubs across the continent. The rot at Old Trafford is extensive and established.

Nevertheless, Solskjaer is clearly out of his depth. The Norwegian has started to take on the haunted look of David Moyes from his disastrous spell in charge. The decline cannot be arrested through Solskjaer’s work alone.
After the defeats to Manchester City and Liverpool, Solskjaer claimed progress by pointing out that the manner of the defeats was somehow an improvement.

There might be a grain of truth there but there isn’t the same deflection to fall back on after a loss to a capable but middling Burnley side on Wednesday.

The occasional flop is inevitable with a developing team but, at this point, Solskjaer’s appointment is looking like the flop.
He was awarded the job – initially as a stop-gap and then as a permanent appointment – to cover up the fact that Woodward had – and still has – no credible plan for the future of the football club. Nothing in his managerial career has prepared Solskjaer for this role.

Moreover, it is becoming apparent that his authority has started waning in the dressing room since the initial enthusiasm of his appointment wore off.

There are mutters of discontent and rebellion, with even club captain Ashley Young electing to force through a move to Inter six months before the expiry of his contract.

He is not the only player to express his discontent with life at Old Trafford. The players were starved of capable attacking plans under Mourinho, but Solskjaer is hardly delivering anything more profound.

The signing of Daniel James from Swansea pointed to the No.1 tactic at Old Trafford for the season to come – knocking the ball into the channels for counterattacks.
The squad is patchy and if anyone is to achieve with these players, it has to be done with more sophisticated coaching. But Solskjaer and his coaching team, including Michael Carrick and Mike Phelan, look to be unaware of their own tactical shortcomings and, therefore, are unable to resolve them.

The club has been strong in their message that Solskjaer is safe, regardless of a disappointing end to the season. But the ex-striker would do well to bear in mind that Woodward will not risk his own position as the Glazer’s favourite employee.

Woodward has been spotted in France in the last couple of weeks and there are rumours that Luis Campos will join from Lille as a director of football, which would go some way towards solving a long-standing problem.
The arrival of a competent director of football was said t