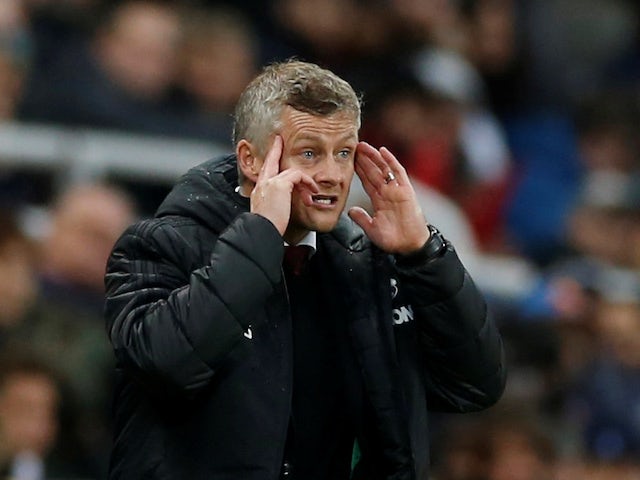 The Red Devils have got off to a terrible start in the Premier League, leading to questions over the manager’s position but he remains safe in his job
Manchester United have no plans to sack Ole Gunnar Solskjaer and will only consider taking action if the situation becomes ‘catastrophic’.

United have just four Premier League wins in 14 matches this season and are facing their two toughest games of the campaign this week, first against Tottenham at home on Wednesday and away at Manchester City on Saturday.

However, only extraordinarily bad results would make Ed Woodward reassess the manager’s position and look for candidates to take over from Solskjaer. There is no suggestion that he is currently looking at potential replacements, despite the availability of Mauricio Pochettino, and the players have not given up on their manager.

United executive vice-chairman Woodward is confident in Solskjaer’s ability and believes that the Norwegian is at the heart of a strategy that will turn the club around in the medium term. That means results in the short term are not integral to Solskjaer’s future in the role.

Currently ninth in the Premier League, and with two-thirds of the season remaining, United remain just eight points off the Champions League spots. Conversely, they are also only six points from the relegation zone. Such is Woodward’s confidence in his plans for the club that even finishing in mid-table would not make him reconsider appointing a new manager.

If Solskjaer were to be removed from his position then former Tottenham manager Pochettino would be a candidate, and the Argentine met Sir Alex Ferguson when there was previously a vacancy at Old Trafford.

However, neither his sacking from Spurs nor Unai Emery’s departure from Arsenal, with the London clubs in a similar league position to United, have encouraged Woodward to rethink his plans.

As part of Woodward’s strategy, there are changes behind the scenes at Old Trafford, with a head physio set to be appointed and the Under-23 team, and other youth sides, due to be overseen by a new head of development role.

Meanwhile, there could well be further support given to Solskjaer in the January transfer window.

A move for Mario Mandzukic has been put in doubt after Red Bull Salzburg’s Erling Braut Haaland emerged as a serious target for the end of the season, but Declan Rice and Jadon Sancho could arrive in January.

Solskjaer himself has suggested that there could be arrivals on loan given the difficulty of securing permanent transfers midway through the season.