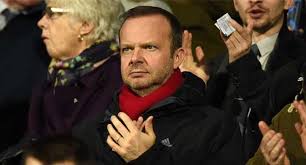 The coronavirus pandemic has cost Manchester United £28m with the figure expected to rise, according to a statement by the Premier League giants on Thursday.

The club revealed this in their third-quarter results ending 31 March 2020 with the side’s Chief financial officer, Cliff Baty, explaining that they will return £20m in television revenue even though the league is concluded.

According to Baty, United lost £8m in the last three weeks of March when three of their games were postponed.

He explained in a press conference that television broadcasters are getting the money due to the change of dates and time for the fixtures.

The 1999 European Champions League winners had eleven of their games moved due to the COVID-19 pandemic and last played against LASK in a last 16 Europa League tie.

Baty equally said with the calling off of games, the club’s sponsorship revenue dropped, retail sales got hit and matchday revenue fell also.

In a statement on the club’s website on Thursday, the team’s Vice President, Ed Woodward admitted that football will not be “business as usual” for the foreseeable future.

“Our third-quarter results published today reflect a partial impact that the pandemic has had on the club, while the greater impact will be in the current quarter and likely beyond,” Woodward restated.

“There are still profound challenges ahead, and for football as a whole, and it is safe to say it will not be ‘business as usual’ for some time.”

Premier League teams returned to training this week as matches are expected to restart in June.

Over the weekend, the German Bundesliga became the first major league to restart games with strict measures in place since matches were halted in March.