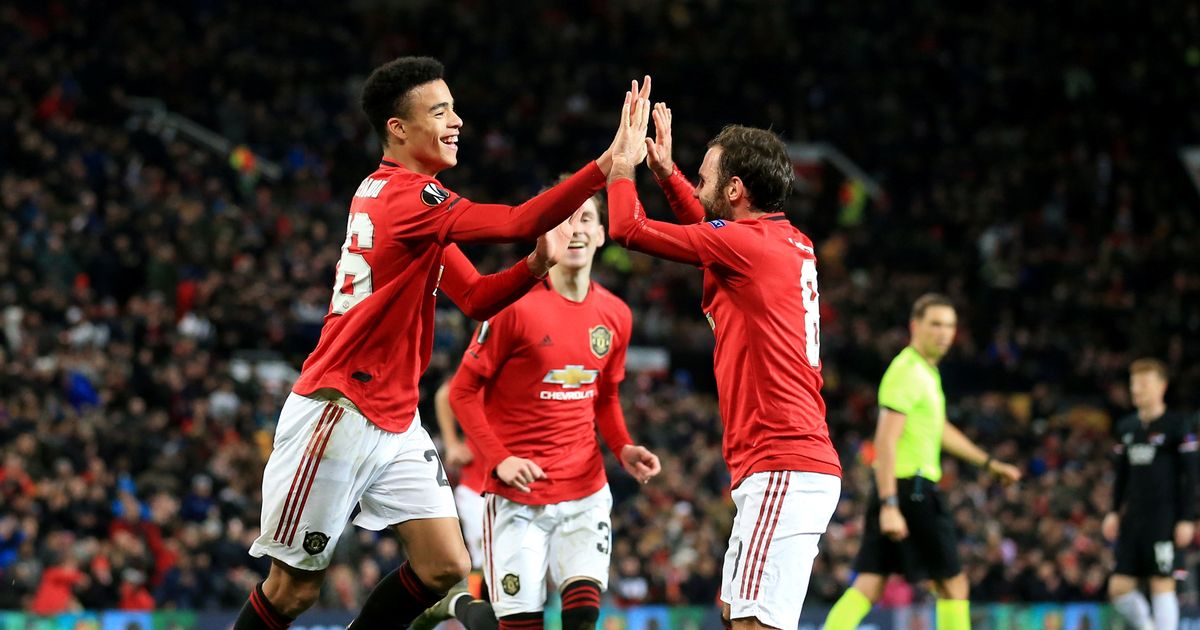 The homegrown prospect is already the second-highest goalscorer of the season and that could lead to questions arising over the impact of Martial
Mason Greenwood scored his second Premier League goal on Sunday, earning Manchester United a draw against Everton. It was another important goal after interventions against AZ, Astana and Sheffield United – and drew merited comparisons with former United favourite Robin van Persie.

The retired Dutch striker may well have met Marcus Rashford for a BT Sport interview earlier this week, but it is Greenwood who bears the greatest resemblance to Van Persie. The short back lift on his shooting technique bears the hallmarks of Van Persie at his best.

Greenwood will likely feature again for United against Colchester in the Carabao Cup on Wednesday night and it is clear that Ole Gunnar Solskjaer is ready to play the long game with his young striker.

Just as he has done with Brandon Williams, Solskjaer has not rushed to start him in every game. Over the draining course of a season, it will do them good to dip in and out of the Premier League’s relentless pressure.

While that conservatism from Solskjaer should be appreciated and is the sensible choice, it would be foolish to ignore the truism that if a player is good enough, he is old enough. It does not matter what age Greenwood is if he scores the goals that make the difference. He is already United’s second-highest scorer of the season after Rashford.

Greenwood’s future at Old Trafford is in little doubt but his emergence in the first team will inevitably have a knock-on effect. Giving him 30 or 40 games a season means that someone else will have to miss out. On current and long-term form, that player has to be Anthony Martial.

The 24-year-old striker started the season showing his importance to the side in the absence of Romelu Lukaku, on hand to be the finisher in the box that United needed.

Until his injury, he appeared to be the most natural finisher in the first-team squad. His six goals this season leave him on course for his best return yet in a red shirt. Yet it can’t be ignored that Martial’s return from injury has not seen him at his best.

The main benefit of Martial’s return is that it has allowed Rashford to revert to the left flank where his form has blossomed, enabling him to show his best football for a year. Under Louis van Gaal, Martial got regular time on the left wing, but it seems highly unlikely that he will ever match the England international for talent or application in that sector of the pitch.

Martial’s problems could also be compounded by the potential arrival of Erling Braut Haaland from Red Bull Salzburg. Solskjaer flew to Austria on Friday to meet the 19-year-old in order to discuss how he might fit into United’s future plans. A reported £20 million ($26m) release clause makes him an especially tempting addition to the forward line.

Haaland has not yet publicly declared a decision on his future and Solskjaer has not played down the club’s chances of securing his signature. If he were to arrive in January or the summer, it would be difficult to see how Martial would be anything other than a second, or possibly third-choice striker.

With Jadon Sancho still United’s priority signing, it would be difficult to see him regularly challenging the current Borussia Dortmund man or Daniel James on the right wing. Perhaps the only factor in Martial’s favour is that he is on substantial wages as part of a contract that does not end until 2024 at the earliest. Shifting him for a figure that Ed Woodward will deem acceptable may force United to find some way of involving him in the first team.
Colchester is another chance for Greenwood to force his manager’s hand. Every goal he scores while Martial underperforms makes a case for his inclusion.

As the Europa League opponents start to toughen, and if the chase for the top four remains so remarkably tight, every decisive goal and every profligate miss will have its importance magnified.

Solskjaer might want to bring Greenwood along slowly but with the prize of the Champions League only just out of reach, it might be just too tempting to start him more often while Martial struggles for impact.