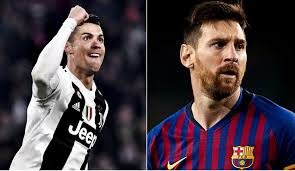 A penalty and two stunning free-kicks against Celta Vigo at Camp Nou brought the Barcelona player level with his old Real Madrid adversary.

A penalty in the 22nd minute stroked into the bottom left corner as Blanco threw himself in the opposite direction. A free-kick from around 25 yards out, beautifully curled over the jumping wall just inside the right-hand post on the stroke of half time. An almost identical free-kick two minutes into the second half. Those were the three moments that handed Messi his 34th hat-trick.

Across the nine seasons that Cristiano played for Real Madrid he knocked in the same number of triples, including five against Sevilla, the most against one side. With the Portuguese forward now scoring in Serie A, Messi has a chance to go on and stand alone in the record books, and few would bet against that from happening. The goals at against Celta brought his overall total of LaLiga goals to 427, a record that many believe may never be broken, once he concludes his prolific career.