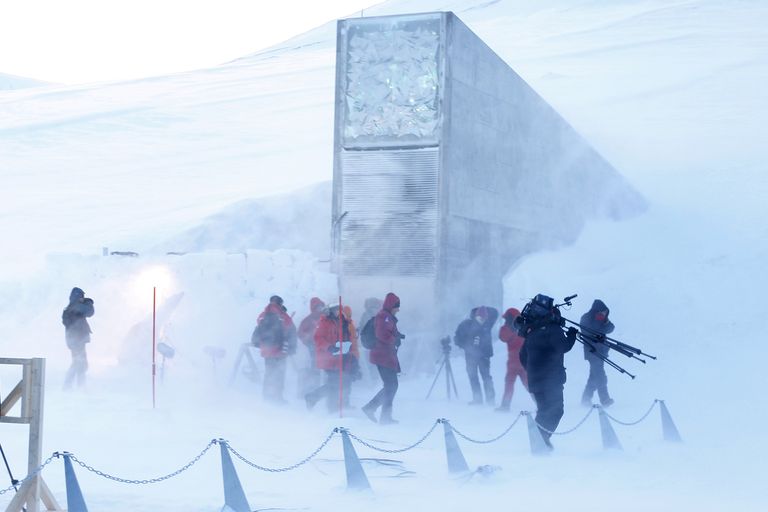 North of mainland Norway, there’s a secret cave stuffed with seeds for the most important plants to humans—just in case nuclear warfare or a biological weapon destroy all of our natural crops—and stacks and stacks of data platters to prepare for a different sort of “end of the world.”

Microsoft, which acquired GitHub for $7.5 billion in 2018, is preparing both companies for the apocalypse. No, not by storing cases of water bottles or Kombucha taps, but by locking down copies of original source code for projects stored on the GitHub code library.

The Arctic World Archive, as it’s called, is tucked inside an old coal mine in Svalbard, an archipelago between mainland Norway and the North Pole, sharing its latitude with parts of Greenland. It’s one of the northernmost inhabited areas in the world and only about 2,000 people live there.

“It’s more mine-y and rustic and raw-hole-in-the-rock than I thought it would be,” Nat Friedman, CEO of GitHub, told Bloomberg Businessweek.

Data is stored on specialized ultra-durable film, which is coated in iron oxide powder to add extra durability. According to the company that makes them, Piql, the reels should last for up to 750 years in normal conditions. It’s possible that they could even remain intact for 2,000 years if stored in a cold, dry and low-oxygen cave.

GitHub intends to become the largest tenant of the cave. It will leave 200 platters of data, each carrying 120 gigabytes of open source software code. The first reel, for example, holds both the Linux and Android operating systems’ code, plus that of 6,000 other important open source applications.

According to Piql’s website, the data is all stored offline, where hackers can’t tamper with it. The vault it’s all inside is “disaster-proof,” and “in one of the most geopolitically secure places in the world.” It shares a home with Vatican archives, Brazilian land registry records, Italian movies, and the recipe for McDonald’s “Special Sauce.”

It all feels like a publicity stunt—and maybe it really is—but in either case, the company is shouting the praise of open source code. And that makes sense, really; open source code is behind most of today’s software development.