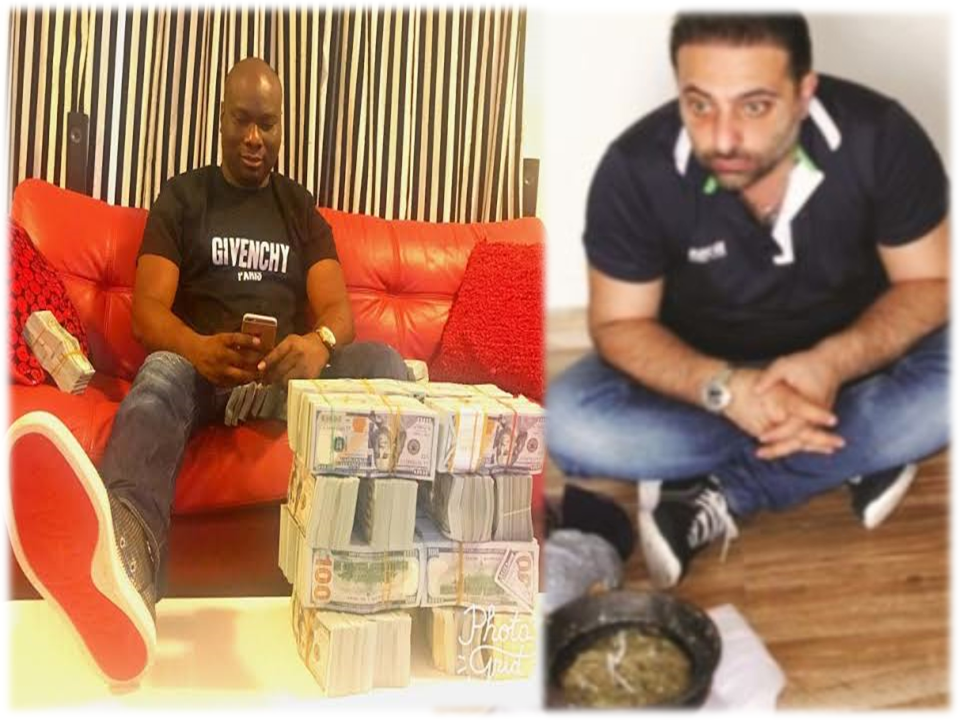 Hamza was arrested weekend at the Eko Atlantic Pearl Tower, Victoria Island, Lagos where he occupied one of the luxury suites.The suite costs $5million (N1.5B).
Operatives of the commission had a fierce battle arresting him because his apartment was fortified with triple reinforced fire proof door and close circuit television cameras. .

A sources at EFCC said, operatives of the commission, “actionable intelligence received from local and international law enforcement agencies had revealed that Hamza and Mompha alongside their collaborators are high valued targets in Organized Cyber Syndicate Network, OCSN.

Head of the EFCC’s Lagos zonal office, Mr. Mohammed Rabo, said Koudeih was arrested alongside two others whose nationalities are yet to be established following their alleged involvement in internet fraud and money laundering.

He said at the point of arrest of Koudeih, EFCC operatives discovered a fire proof safe stocked with different charms and talisman. Two Luxury cars were also recovered from him.
Meanwhile, ongoing investigation into Mompha’s alleged criminal activities have revealed that he operates 51 bank accounts in Nigeria as conduit for his money laundering activities while acquiring several assets in Dubai.
Also, more facts have emerged that the five wristwatches recovered from Mompha are worth over N60 million, not N20m. His IG account has now been deactivated.