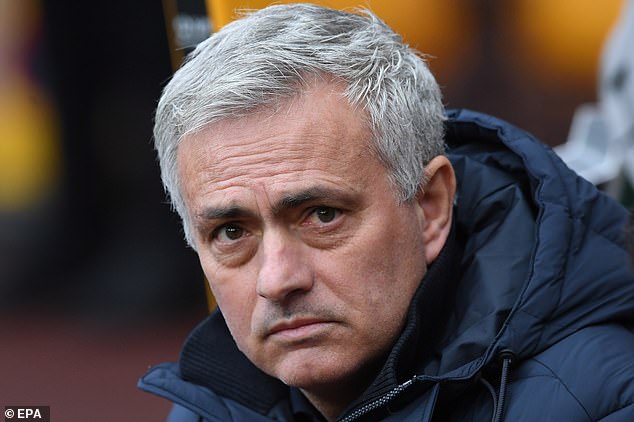 The Portuguese took in two memorable spells at Stamford Bridge, but he is now fully committed to a role with the Blues’ fierce London rivals
Jose Mourinho says he is now “100 per cent Tottenham”, with there “no space” for any affinity with former clubs despite having previously enjoyed two memorable stints at Chelsea.

The Portuguese is set to be reunited with the Blues again on Sunday, with Spurs preparing to play host to Frank Lampard’s troops.

Much is being made of the coaching battle between two men who previously enjoyed so much success together, but Mourinho is looking to put emotion to one side.
For him, delivering in a new post is all that matters, with Tottenham having entrusted him with the task of pushing them back into the top four and securing long-awaited silverware.

Mourinho intends to prove that he remains one of the very best in the business when it comes to trophy collecting, with sentiment not about to get in the way when he is reunited with familiar faces.

“I am 100% Tottenham,” the 56-year-old told reporters when quizzed on his strong ties to Chelsea and what meetings with them mean to him.

“I gave everything to all of them, but they are my previous clubs. My club is Tottenham so it’s so, so easy for me. Not difficult from the emotional side of things.”

Mourinho, who has revelled in his role as the self-anointed ‘Special One’ down the years, has also claimed that Tottenham are bigger than their rivals now that he is at the helm.

Glenn Hoddle has claimed that Spurs have risen above Chelsea, with the current boss in north London backing up that claim.

Mourinho said: “My club is always the best club in the world, the best, the biggest in the world. Always my club, always.”

Ahead of facing Chelsea, Tottenham have welcomed the news that Toby Alderweireld has committed to a new contract.

Mourinho’s presence is considered to have contributed significantly towards the Belgian defender penning fresh terms, but he says that is not the case.

“I believe little,” he said of his role.

“When I read his comments what jumped out was he couldn’t see himself happy in another place. The only bit of influence I had is he knows my belief in him. He has played every minute of every match.”

One of those that Mourinho is yet to call upon is World Cup-winning goalkeeper Hugo Lloris.

The Frenchman remains sidelined after dislocating his elbow in October, with Spurs not expecting to have him back until well into the New Year.

Mourinho said of the 32-year-old custodian: “He’s a champion. Not just a champion of the world but also a champion as a professional.

“Works very, very hard, very brave, accelerates processes, but there are limits of that acceleration of process with such an important injury. But he’s doing amazingly well.

“He’s working with a different group of people, since the physios, until the goalkeeping coaches, working really, really hard.

“It’s difficult to set up a date, I would say February. I probably would not be far from it and February goes from the 1st to the 29th this year.”