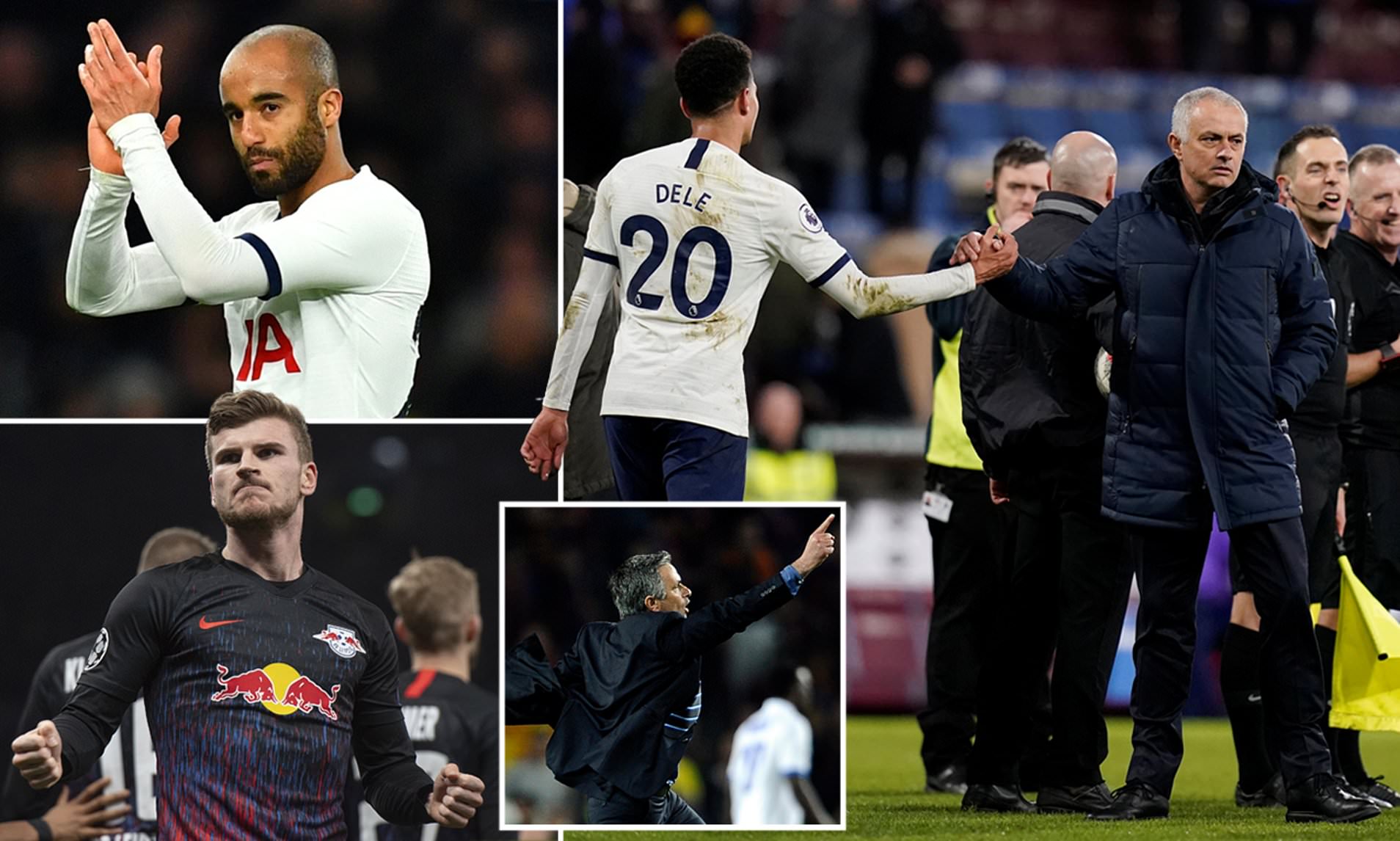 The Portuguese tactician is struggling to get results with a squad currently ravaged by injuries and low on confidence
Tottenham’s 3-0 defeat to RB Leipzig in the second leg of their Champions League last-16 tie on Tuesday night has seen Jose Mourinho fail to win his past six matches in all competitions – his longest ever run without victory.

Across Spurs’ last six games, Mourinho has seen his side beaten four times and held to two draws as they struggle in the wake of injuries to key attackers Harry Kane and Son Heung-min.

That poor form has ended the club’s hopes of any silverware this seaso, with Tottenham knocked out of the FA Cup and Champions League in the space of a week.

Mourinho has struggled since he replaced Mauricio Pochettino at Tottenham, with the club’s 3-0 loss on Tuesday condemning him to his joint-heaviest Champions League defeat and three consecutive losses in the competition for the first time in his career.

While Spurs have failed to fire freely without Kane and Son up front in recent weeks, the side’s biggest issue since Mourinho’s arrival has been in defence, with the club conceding the second most goals of any Premier League side behind Aston Villa in all competitions since ‘The Special One’ took charge.

Tottenham have in fact failed to keep a clean sheet in their past eight games in all competitions with Leipzig highlighting their defensive struggles in Germany.

Marcel Sabitzer opened the scoring after just 10 minutes on Tuesday before adding a second in the 21st minute as Spurs dug themselves a deeper hole after losing the first leg at home 1-0.

Leipzig substitute Emil Forsberg would then wrap up the contest in the 87th minute as he found the back of the net just seconds after being brought on.

Mourinho must now try to end his longest winless run on Sunday when Spurs host Manchester United in the Premier League.

While Tottenham have hit a rough patch over the past few months, the Red Devils have started to hit their stride and have avoided defeat in their last 10 matches.