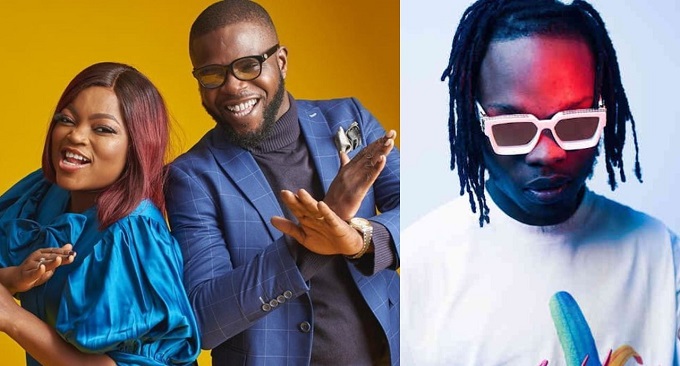 Police in Lagos State say they have Azeez Fashola, popularly known as Naira Marley in their custody.

The singer was ordered to report to the State CID Yaba on Monday, following his participation in a party organised by famous actress, Funke Akindele and her husband AbdulRasheed Bello popularly known as JJC Skillz.

Akindele and her husband who were arraigned earlier today at the Chief Magistrate Court 1 Ogba, were charged to court for violating restriction orders in Lagos.

The duo who were were brought to court by detectives from the State Criminal Investigation Department Yaba, are said to have held a party at their residence with over twenty persons in attendance contrary to the social distancing directives made in pursuant to Regulation 8(1)(a) and (b) & 17(1)(i) of the Lagos State Infectious Disease (Emergency Prevention) Regulations 2020.

It is in line with this violation that Naira Marley is in custody, because he attended the birthday party which held at an Estate, along Ajah, Ibeju-Lekki axis.

In its statement on the mater, the Lagos Police Command noted that Naira Marley will also be charged to Court for violating the restriction orders.

The communique added that the Command has launched a manhunt for the remaining persons who attended the party.