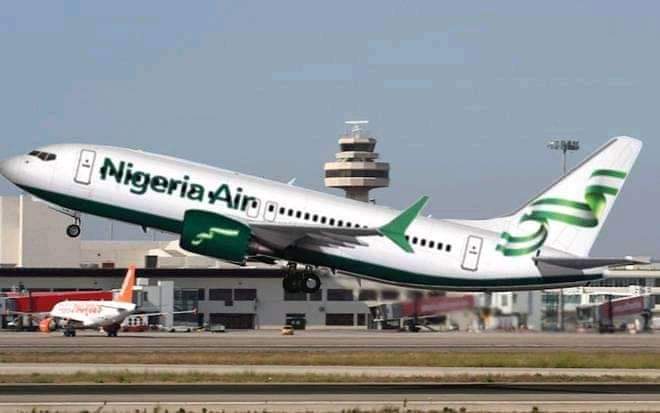 The minister of Aviation, Hadi Sirika, has disclosed that the much-awaited national carrier, Nigeria Air, is expected to take off by April 2022

Mr Sirika also disclosed that the national carrier will be run by a company in which the government will hold a 5% stake while Nigerian entrepreneurs will hold 46%.

The remaining 49% will be reserved for yet to be assigned strategic equity partners, including foreign investors.

The national carrier, when operational, will create about 70,000 jobs for Nigerians.

Once buoyant Nigeria Airways came to into limelight in 1958 after the dissolution of West African Corporation, WAAC. It began operation on October 1, 1958; and in 1971, it was rebranded to the name it had until it ceased operations in 2003.

At the peak of its life span, the airline had 44 aircraft on its fleet, and strongly showcased and flew Nigeria’s flag around the world. Through the sheer magnificence and efficiency of the airline, Nigeria became the toast of many airlines and attracted their managements to Nigeria to learn the rope on how to run a viable and profitable airline.

Nigeria boasted of the best and latest airplanes in the industry, ranging from Airbus A310 to Boeing 737 to Douglas DC 10. Not only that, the airline was booming with a workforce of 2,191.

The airline in its history accumulated a huge debt totalling $528m. Finally, the airline ceased operations in 2003 and was liquidated a year later during Obasanjo regime. More than 3000 jobs went with it.

In 2018, President Buhari approved the sum of N22bn as payment for retirement benefits to former workers of the liquidated Nigerian Airways Ltd.