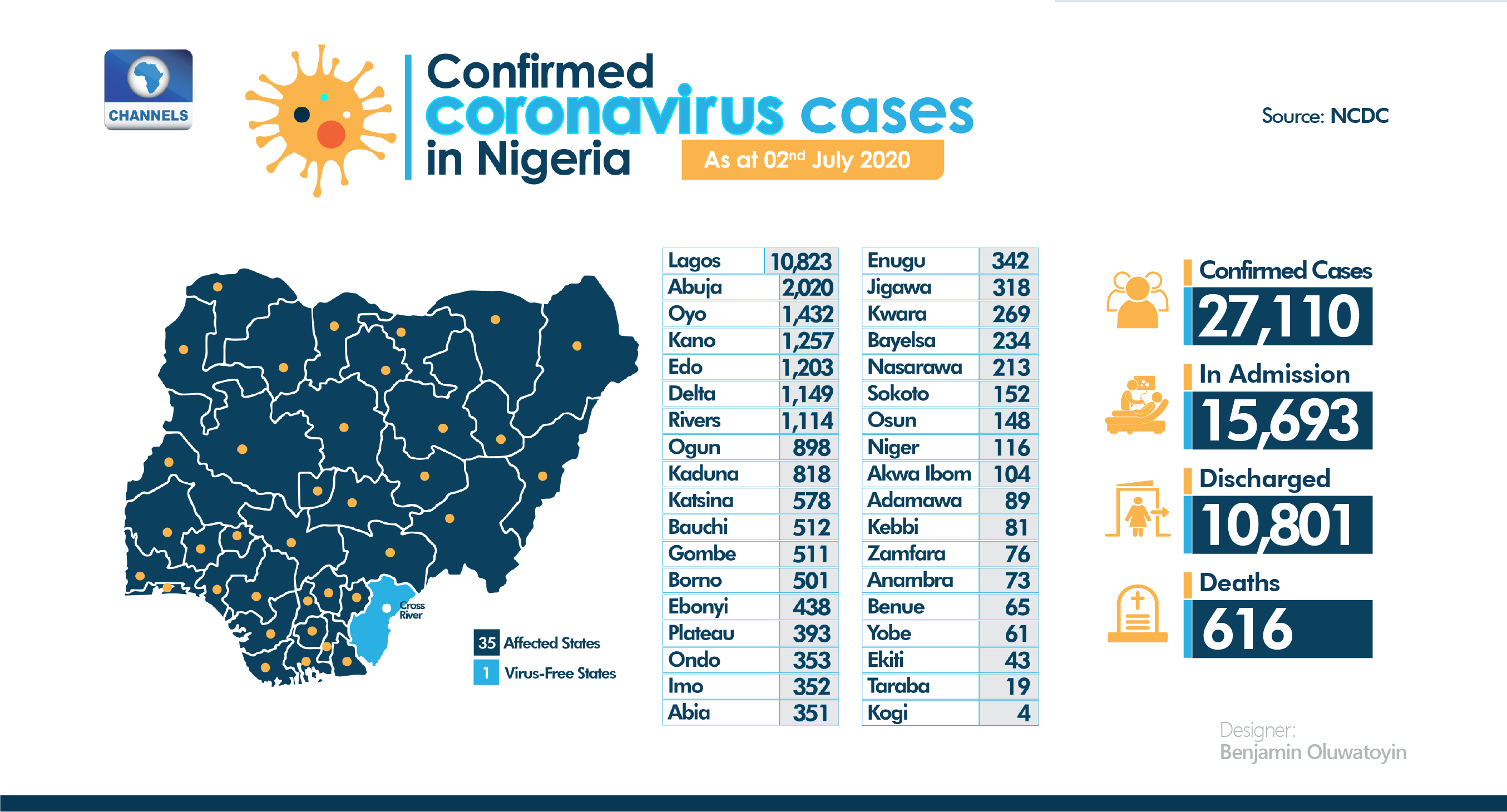 This is according to a tweet on the official handle of the Nigeria Centre for Disease Control (NCDC).

Giving a breakdown of the new cases, the agency said they were recorded in 20 states in the West African country, bringing the total infections to 27,110.

Lagos State had the highest number of fresh infections for the day – 193 – and is followed by the Federal Capital Territory (FCT) with 85 cases of the virus with Oyo State having 41 persons infected.

The novel coronavirus has killed at least 517,416 people since the outbreak emerged in China last December, according to a tally from official sources compiled by AFP at 1900 GMT on Thursday.

The tallies, using data collected by AFP from national authorities and information from the World Health Organization (WHO), probably reflect only a fraction of the actual number of infections.

Many countries are testing only symptomatic or the most serious cases.

The Secretary to the Government of the Federation (SGF), Boss Mustapha has said Nigeria may reverse the eased COVID-19 lockdown if cases continue to rise.