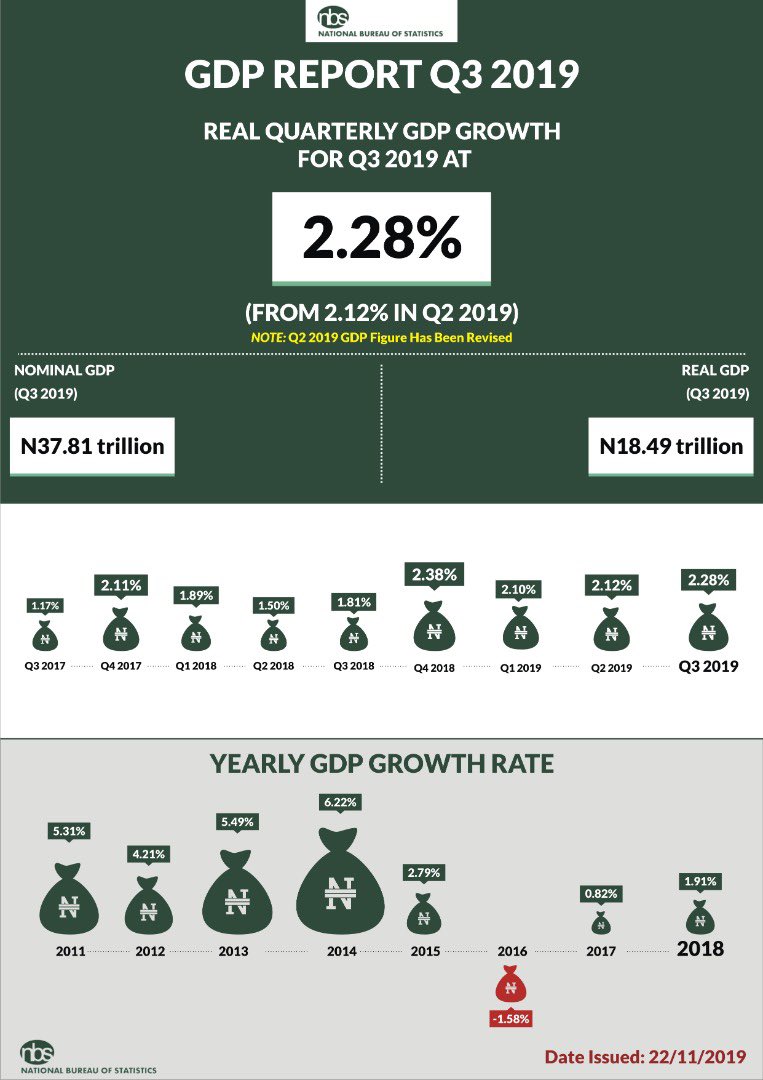 In the quarter under review, aggregate GDP stood at   N37,806,924.41 million in nominal terms. This performance is higher compared to the aggregate of N33,368,049.14 million recorded in the third quarter of 2018, representing a year on year nominal growth rate of 13.30%. The growth rate is, however, lower relative to rates recorded in the third quarter of 2018 by – 0.28% points and the rates  recorded in the preceding quarter by – 0.71% points. For better clarity, the Nigerian economy has been classified broadly into the oil and non-oil sectors.

The non-oil sector grew by 1.85% in real terms during the reference quarter.  This is -0.48% points lower when compared to the rate recorded in the same quarter of 2018 but 0.20% points higher than the second quarter of 2019. During the quarter, the sector was driven mainly by the Information and Communication sector. Other drivers were Agriculture, Mining and Quarrying, Transportation and Storage, and Manufacturing. In real terms, the Non-Oil sector contributed 90.23% to the nation’s GDP, slightly lower than the share recorded in the third quarter of 2018 (90.62%), and in the second quarter of 2019 (91.02%). 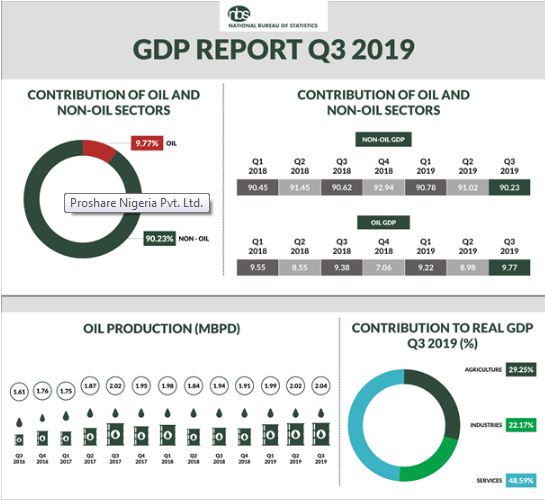