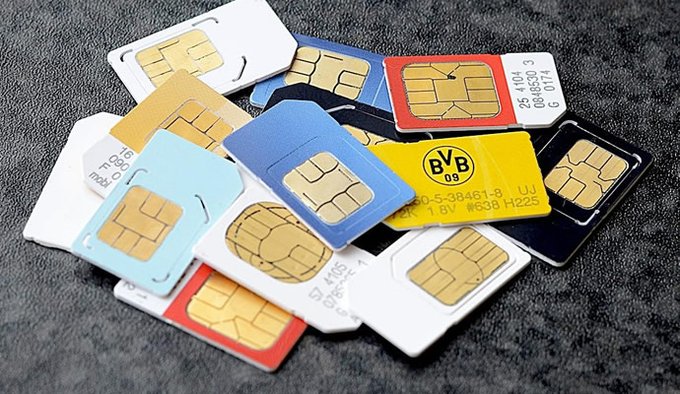 This is coming ahead of the February 9 deadline given by the federal government for the submission of National Identification Number (NIN).

The federal government had at the expiration of the initial January 16 deadline for the submission of NIN, decided to extend it to February 9 for all telecoms subscribers that have registered for NIN including those that were yet to register for NIN to submit their NIN for linkage with their SIM card.

The new deadline, which is now April 16, 2021, was conveyed by the Minister of Communications and Digital Economy, Dr. Isa Ali Ibrahim Pantami, during the meeting of the Ministerial Taskforce on NIN-SIM registration which held on the 1st of February, 2021.

According to a statement issued Tuesday by the Nigerian Communications Commission (NCC) and signed by its Director for Public Affairs, Dr. Ikechukwu Adinde, Pantami stated that “the extension is to give Nigerians and legal residents more time to integrate their NIN with the SIM.”

The meeting was chaired by the Minister and attended by key stakeholders, including the EVC/CEO of NCC, Prof. Umar Garba Danbatta; the DG/CEO of the National Identity Management Commission (NIMC), Aliyu Aziz; the DG/CEO of the National Information Technology Development Agency (NITDA), Dr. Abdullahi Kashifu and the Chairman of the Association of Licensed Telecommunications Operators of Nigeria (ALTON), Gbenga Adebayo. Others include the MD/CEOs of MTN, Airtel, 9Mobile, Ntel, Spectranet and SMILE, as well as the COO of Globacom.

According to the statement, a total of 56.18 million NINs have been collected by the mobile network operators. Each NIN is usually tied to an average of 3 to 4 SIMs and this infers that the current figure accounts for a significant portion of the existing SIMs. The number of NINs collected represents a significant increase when compared with the 47.8 million reported by the technical committee on January 18, 2021.