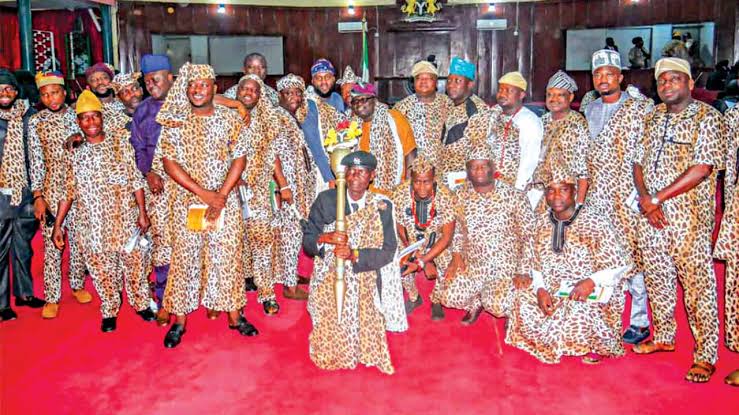 Members of the Ogun and Osun State Houses of Assembly have passed a bill seeking a law establishing the Amotekun Corps and security network agency in the states.

The bill was considered by the lawmakers during plenary on Tuesday in the respective legislative chambers of the Houses.

In Abeokuta, the bill was approved after the House Majority Leader, Yusuf Sherif, presented the report of the Committee on Security and Strategy to the lawmakers.

Sherif stated that the committee recommended that the bill should be passed as approved by the Conference of Speakers of South-West State Legislators.

He, thereafter, moved the motion for the adoption of the report and was seconded by Musefiu Lamidi while it was supported by the whole House.

The Majority Leader then moved the motion for the third reading of the bill and his action was seconded by Sola Adams.

The Clerk of the House, Mr Deji Adeyemo, then read the bill for the third time while Speaker Olakunle Oluomo ordered that the clean copy of the bill be forwarded to the state governor, Dapo Abiodun, for his assent.

According to the lawmakers, the bill is aimed at assisting in the maintenance of law and order in the state and will be a community policing body that will complement the work of other security agencies Ogun.

In Osogbo, the Speaker of the Osun State House of Assembly, Timothy Owoeye, presided over the plenary in which the bill was passed.

He explained that the bill was drilled through necessary legislative process, adding that all members of the house contributed immensely all-through the stages of readings to passage.

The speaker added that the need for synergy between the Nigeria Police and the Amotekun corps was duly considered before passing the bill.

He said the bill would be transmitted to the state governor, Gboyega Oyetola, for his assent to make it a law.

A member of the House, Samotu Adebayo, was confident that the bill structured the security network in a way that would fizzle out all elements and forms of insecurity in Osun State.