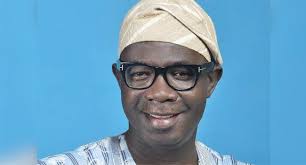 The embattled Deputy Governor of Ondo State, Agboola Ajayi, has filed a suit before the Federal High Court in Abuja, asking it to stop the state House of Assembly from impeaching him.

Listed as defendants in the suit are; the House of Assembly, the Inspector General of Police, the state Commissioner of Police, the Department of State Services and the Speaker of the Assembly, Mr David Oloyeloogun.

In the suit, the Deputy Governor asked for an order of perpetual injunction to stop the impeachment process and for the respondents to stay action.

He filed the suit on Tuesday, hours after the Assembly served the notice of impeachment on him on grounds of alleged gross misconduct.

The clerk of House, Bode Adeyelu, read the motion on the floor of the Assembly.

Thereafter, 14 of the 26-member Assembly signed the notice while nine voted against the decision, insisting that the action was illegal.

But according to the Speaker of the House, Mr Bamidele Oloyelogun, the Constitution empowers the Assembly to investigate the allegation and proceed on impeachment if necessary and when necessary constitutional requirements are met.

See below, copies of the suit filed by the deputy governor challenging the impeachment.