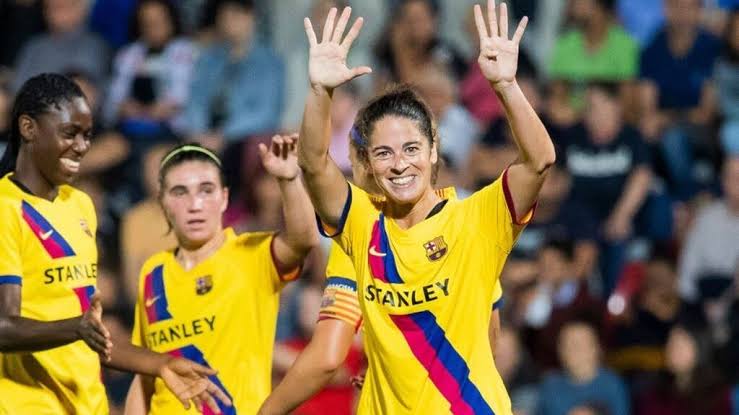 Asisat Oshoala maintained her impressive form to power Barcelona to the final of the Spanish Women’s Super Cup following a 3-2 victory over Atletico Madrid at Estadio El Helmantico on Thursday.
First-half strikes from Patri Guijarro, Lieke Martens and Oshoala ensured the Calatan giants secured a comeback triumph over the Spanish champions in a tension-soaked encounter.
The four-time Spanish champions went into the tie needing a win to reach the final, however, they started on a back foot as Toni Duggan gave Atletico an early lead four minutes into the encounter.

Barcelona staged a fightback and broke the resolve of Atletico when Guijarro grabbed the equaliser in the 12th minute before Martens ensured the lead 16 minutes later in the goal-laden first half.

Oshoala, who played for 77 minutes of the match before being replaced by Aitana Bonmati, has now scored 17 goals in 21 matches in all competitions this season for Barcelona.

With the narrow win, Barcelona are through to the final of the maiden Women’s Super Cup at the expense of Atletico, and will face cup holders Real Sociedad, who pipped Levante 1-0, in the final.

The first ever Women’s Super Cup final between Barcelona and Real Sociedad will take place at the same venue in Salamanca on Sunday, February 9.