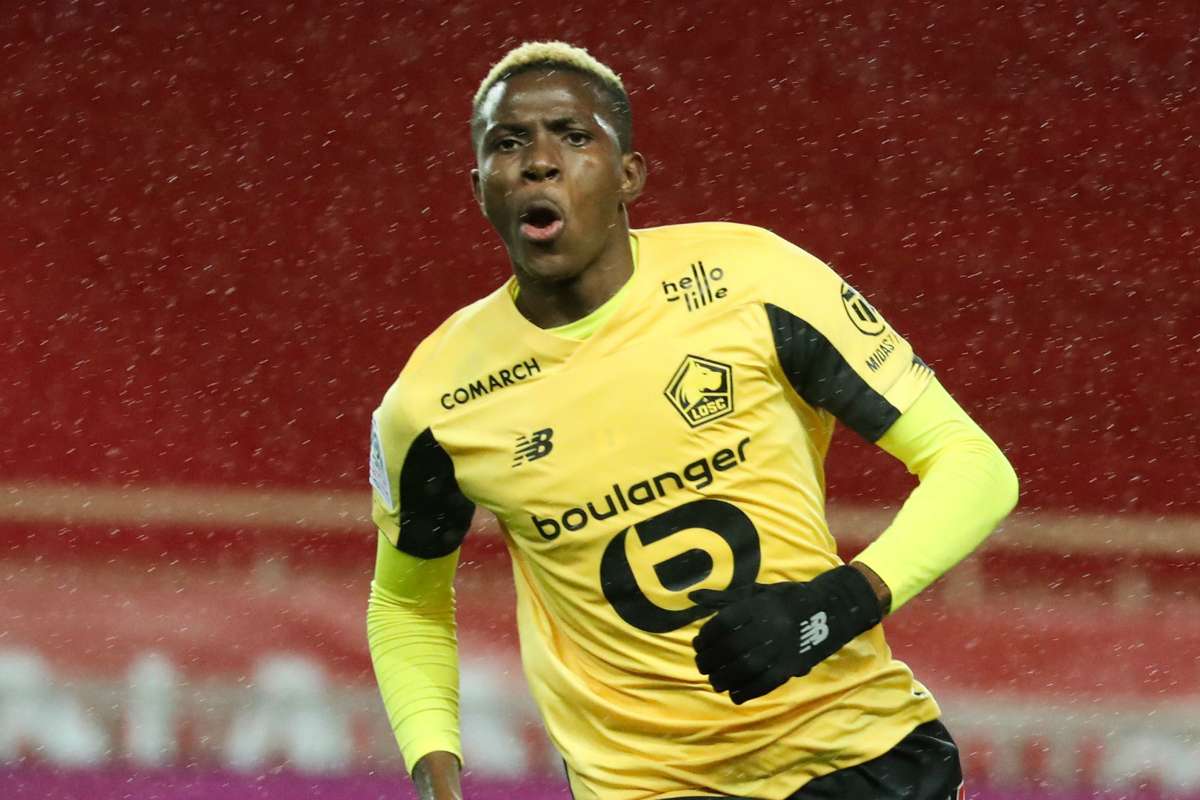 Victor Osimhen found the net to send Lille into the French Cup Round of 16 thanks to a 2-0 victory away to ESM Gonfreville.

The Nigerian started the game from the bench after replacing Luiz Araujo in the 61st minute, nonetheless, he got the Great Danes’ second goal in the tie’s last minute.

After a goalless affair at Le Havre’s Oceane Stadium, Loic Remy broke the deadlock for the visitors thanks to his 69th minute effort.

And when it looked like the hosts – who were left to rue missed chances – would stage a comeback, the former Wolfsburg man sealed the victory with a fine finish.

Thanks to this goal, Osimhen now boasts of 15 goals in his debut season for the French topflight outfit having joined from Sporting Charleroi as Nicolas Pepe’s replacement.

Mozambique defender Reinildo Mandava was handed a starter’s role by manager Christophe Galtier, but he was replaced in the 51st minute by Domagoj Bradaric.

Having scaled the hurdle of the fifth division outfit,  Lille shift attention to Tuesday’s Coupe de la League clash with Lyon at the Groupama Stadium.