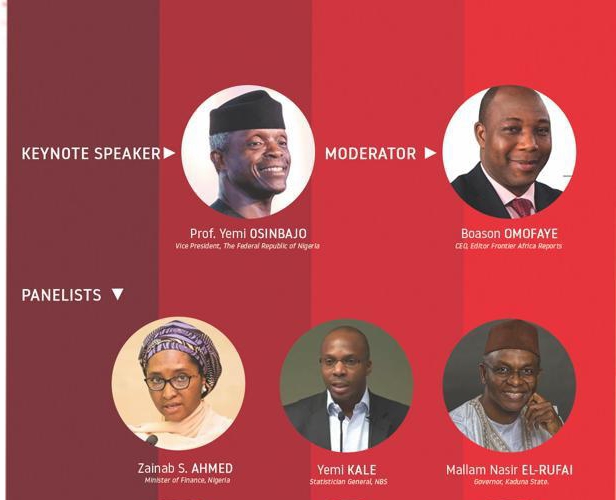 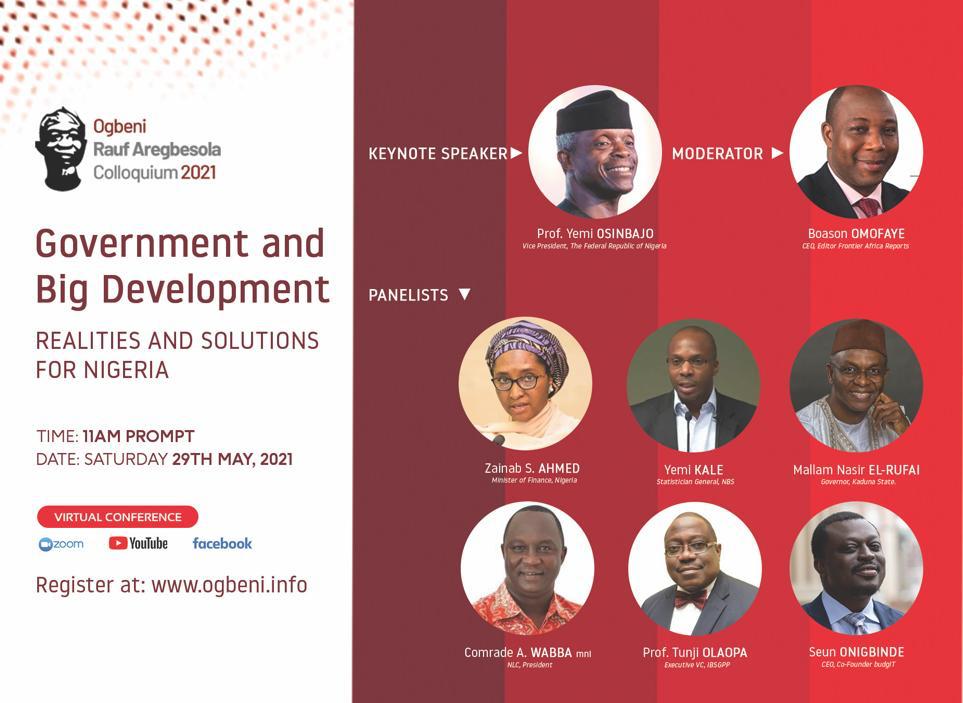 •As Aregbesola Calls for Increased Productivity

Governor Nasir el-Rufai has said that state governments ought not to pay salaries that are above their tax revenues.

The governor said this while speaking on Saturday at the Rauf Aregbesola Colloquium, an annual event created to commemorate his birthday, with the theme: “Government and Big Development: Realities and Solutions for Nigeria.”

Speaking earlier, Vice President Yemi Osinbajo who was the keynote speaker at the colloquium gave a bit of history, noting that the collapse of socialism in the 90s gave rise to the notion that a market-driven economy works better; therefore, global economies began to be fuelled by market forces.

The vice president noted that following the failure of the social adjustment programme, the World Bank put poverty reduction at the centre of its programmes.

The vice president said that social investment programmes are important in countries like ours with a high level of poverty.

He noted that concern has been raised on Nigeria’s debt burden.

However, according to him, debt burden must be viewed in terms of the impact it has on development.

He also added “We should not be trapped into thinking that cost of government is the problem only. We must ensure that we have the right fit and the right quality of skill in public service as a balance.”

He also advocated the provision of platforms for private sector participation.

Governor el-Rufai on his part said that, government must cut expenses and increase income. “We cannot leave fiscal challenges to chance.

He stated that “I don’t think you should have a government larger than the taxes you can raise.

“Each state needs to set its minimum wage because the cost of living is different across the states.

“Let us use our oil revenue for capital expenditure and pay salaries through taxes.”

Speaking on the cost of governance, the Kaduna State governor said that nearly all of FG’s revenue goes to debt servicing, noting that “we have an over-bloated public service.

“Our government has to cut the cost of governance to have a fighting chance.”

Also on the panel was the national president of the Nigerian Labour Congress (NLC), Ayuba Wabba.

Wabba in his remarks noted that “there is a nexus between insecurity and lack of employment in Nigeria.”

He said that development policy in Nigeria should be centred on the people with fairness, justice and respect for the rule of law.

He also said that political office holders should be the focus in cutting the cost of governance noting that “the minimum wage has a global standard” which government must not fall below.

Other panelists included the CEO of the National Bureau of Statistics (NBS), Yemi Kale, who stated that development is a process for which data is important. “Data is important in measuring development. Most problems cannot be solved without looking at data. Using data, policy can be developed. And you can measure the effectiveness of a policy by looking at data. Using data, targets can be set to get to the next level of a development strategy.”

In his closing remarks, the celebrant and Minister of Interior, Aregbesola, expressed gratitude to all the participants for making contributions that made the discussion robust.

This, he said, will make Nigeria a torchbearer among other nations.

The event was organized by a collection of younger generation, admirers of Ogbeni Rauf Aregbesola, who explained that they are seeking to advance solutions for Nigeria through the colloquium by gathering leaders to discuss objectively issues of national importance.