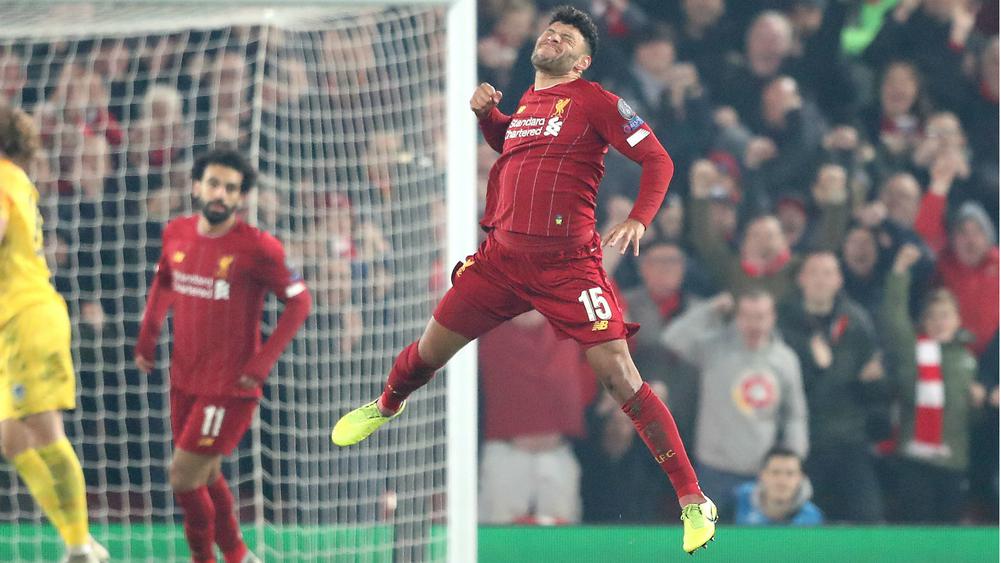 Alex Oxlade-Chamberlain continued his fine form in front of goal by getting the winner as Liverpool saw off Genk 2-1 in the Champions League on Tuesday, meaning the Reds usurp Napoli at the top of Group E.

It was far from a vintage display from Jurgen Klopp’s men, who for a period looked to be in danger of dropping points after Mbwana Samatta’s fine header, but the impressive Oxlade-Chamberlain justified his selection with the winning goal that ensured Liverpool capitalised on Napoli’s 1-1 draw with Salzburg.

Georginio Wijnaldum opened the scoring early on with a clever finish, but Liverpool lacked a clinical edge for the remainder of the first half and were pegged back by Samatta five minutes before the interval.

Still, Liverpool were dominant after the break and restored their lead with 53 minutes on the clock – Oxlade-Chamberlain getting his fourth goal in as many games to potentially put himself in contention for a start against Manchester City at the weekend.

A purposeful beginning had Liverpool leading after just 14 minutes, with Wijnaldum doing well to prod the ball into the top-left corner from close range despite it landing awkwardly in front of him.

The Reds wasted numerous chances to increase their advantage, Naby Keita drawing a fine save from Gaetan Coucke before Mohamed Salah and James Milner both missed the target.

And Samatta made them pay just before half-time, steering home a powerful header from Bryan Heynen’s corner after Fabinho allowed him a free run at the ball.

But Liverpool showed renewed focus after the restart and Oxlade-Chamberlain made a decisive impact, taking a touch and then shooting left-footed on the turn after receiving Salah’s pass, picking out the bottom-right corner.

Genk should have levelled late on when Heynen was released into the left side of the box, but Alisson palmed away his strike and the hosts held on despite the visitors’ late pressure.