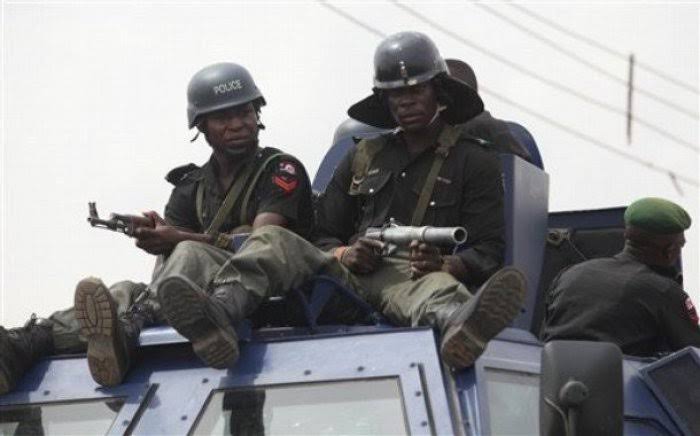 The Bayelsa State Police Command says they have arrested a mobile police officer for unlawful use of his firearm, shooting a corp member and two others.

A statement released by the command on Tuesday said the suspect was arrested on the orders of the State Commissioner of Police, Uche Anozia and he is currently in detention at the State Criminal Intelligence and Investigation Department (SCID), Yenagoa.

“The authorities of Bayelsa Police Command have arrested and taken into custody one Police Mobile Force (PMF) personnel for suspicion of Discreditable Conduct and Unlawful Use of his Firearm.

“The suspect, a male NCO, who was arrested on the orders of the State Commissioner of Police, CP Uche Anozia is currently in detention at the State Criminal Intelligence and Investigation Department, Yenagoa,” the statement read in part.

The incident happened on Monday, January 7, in front of a new generation bank located in Ekeki area of Yenagoa, the Bayelsa State capital when the police officer had an altercation with a driver of a commercial bus.

The driver of the 14-seater bus who was conveying passengers returning from the Yuletide celebration was allegedly trying to disembark passengers in front of the bank premises.

A minor disagreement ensued between the driver and the policeman, who allegedly opened fire on the occupants, shooting the driver and two other passengers including a serving corp member.

Following the shootings, pandemonium broke out as angry residents went on a rampage and destroyed the Automated Teller Machine (ATM) located in front of the bank.

The statement added that police operatives later responded to the incident and rushed the victims to the hospital and they are currently responding to treatment.

The commissioner of police condemned the shooting incident and called for calm from the citizens.

He also promised that the case will be comprehensively and speedily investigated, and all indicted persons brought to justice.

Meanwhile, the youth in the area are insisting that the policeman killed the three victims.