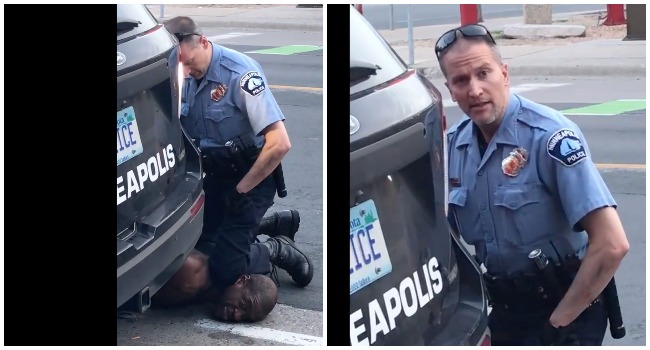 The police officer charged with killing George Floyd, the African American whose death sparked a mass protest movement, was released from a Minnesota jail on Wednesday on $1 million bail.

Derek Chauvin, who was videorecorded pressing his knee to handcuffed Floyd’s neck during an arrest in May until Floyd went limp, is charged with second and third degree murder and manslaughter.

The Hennepin County Sheriff’s Office posted a notice of his release after more than four months in jail, after Chauvin was able to post the hefty bond.

The 44-year-old former Minneapolis police officer, who has since been sacked, is to face trial in March 2021 along with three other now ex-police officers over Floyd’s death, which triggered the largest US anti-racism movement since the 1960s.

The other three, Thomas Lane, Alexander Kueng and Tou Thao, who either stood by or participated holding Floyd down when he was killed, are charged with aiding and abetting second-degree murder and manslaughter.

Floyd’s death on May 25 became a symbol of what many say is systemic racism and abuse of African Americans by police, and sparked protests across the country that continue under the banner of “Black Lives Matter.”

Prosecutors called the death, which came after Floyd was detained for allegedly using a counterfeit $20 bill, “vicious, brutal, and dehumanizing.”

All four defendants say the decision to restrain Floyd was reasonably justified, and have also cited coroner evidence that drugs found in his system may have been the primary cause of death.

The officers were all fired one day after Floyd’s death, reflecting the growing seriousness with which US cities are beginning to take police abuse allegations