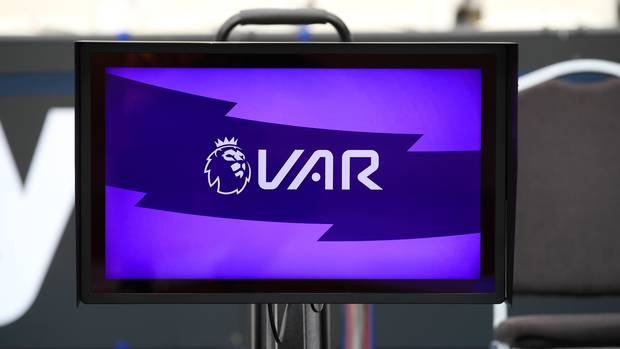 Premier League clubs are expected to be told this week that referees will be encouraged to make more use of pitchside VAR monitors.

All top-flight clubs are set to be represented at a meeting with referees’ chief Mike Riley in London on Thursday, following another weekend of controversy surrounding the system.

Sheffield United had a goal ruled out against Tottenham due to a marginal offside decision on Saturday, while Manchester City were denied a penalty against Liverpool when the ball struck Trent Alexander-Arnold’s arm on Sunday .

City’s appeals were turned down just seconds before Fabinho opened the scoring for the Reds, with Pep Guardiola asking for answers from Riley on VAR following his side’s 3-1 defeat .

On the Alexander-Arnold handball, the Premier League said: “The VAR checked the penalty appeal for handball against Trent Alexander-Arnold and confirmed the on-field decision that it did not meet the considerations for a deliberate handball.”

The referees’ chief is expected to be quizzed about various issues surrounding the system, such as inconsistencies in decision-making and the time taken for rulings to be made.

While straightforward solutions are not anticipated, it is understood that Riley will tell clubs the on-field referee will make more use of the pitchside monitors from now on.

Premier League officials had been expected to use them more often when VAR came into use at the start of the current season, but Riley had advised for them not to be used in order to prevent additional delays.

He is thought to have changed his approach on the matter now though, and it is now felt that on-field referees are best placed to make the marginal calls as they are more aware of the flow of the game and the atmosphere at the time.