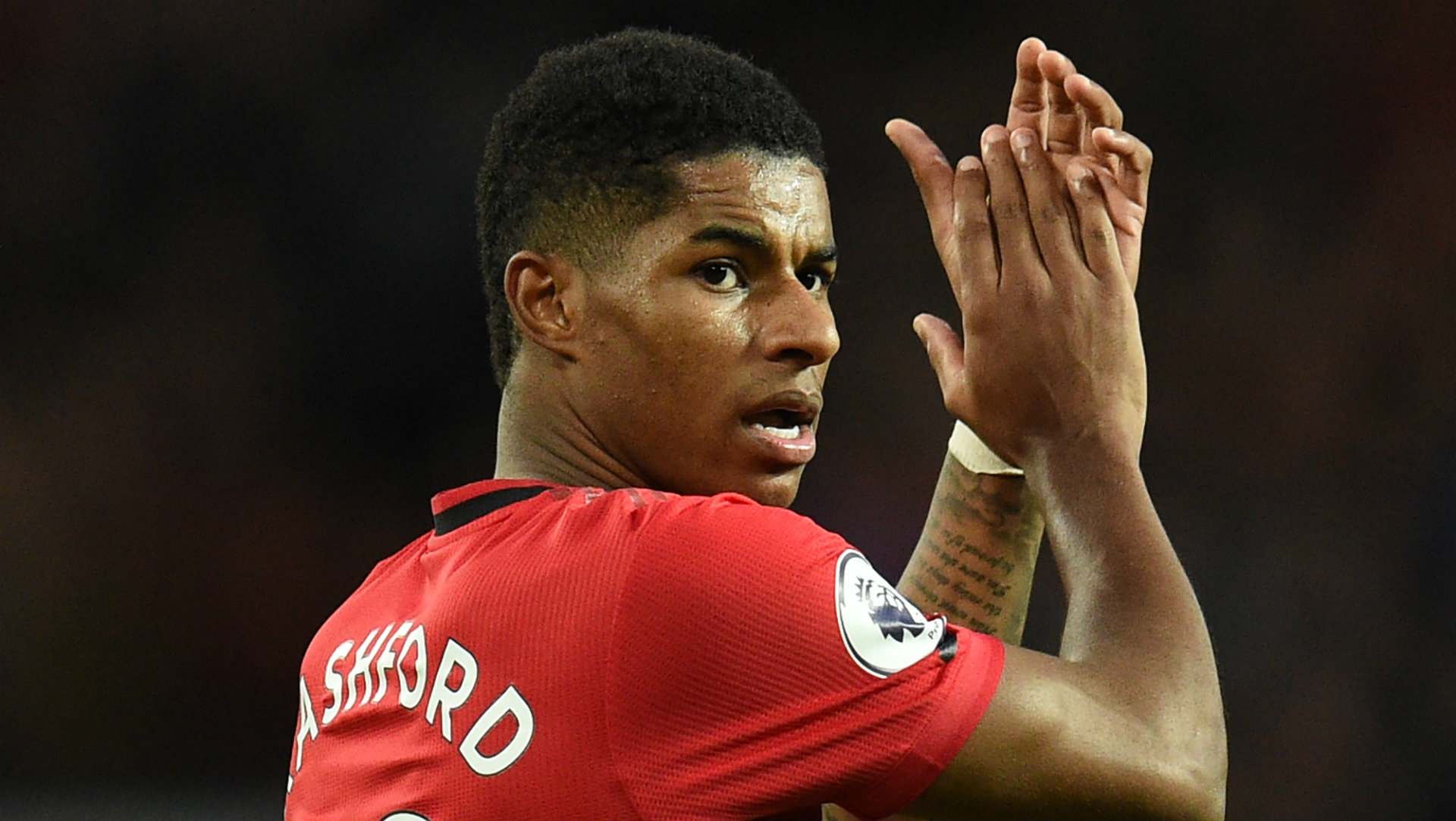 The experienced Red Devils star has been singing the praises of an exciting young team-mate, while also looking ahead to a derby date with City
Marcus Rashford is “a world-class player”, according to Ashley Young, with the Manchester United forward considered to boast “frightening” ability and potential.

There have been further signs of that being unlocked over recent weeks, in outings for both club and country.

Rashford has netted 12 times across his last 13 appearances for United and England – including a brace in a 2-1 win over Jose Mourinho’s Tottenham – with nine efforts in the Premier League this season leaving him just one short of matching his personal-best return.

Old Trafford colleague Young is delighted to see the 22-year-old thriving, with there never any doubt in the Red Devils camp that an exciting academy graduate would become an elite performer.

“He’s a world-class player, and when he’s at it, it’s hard to stop him,” Young told Sky Sports of Rashford.

“He’s just growing and growing – and he’s still young. He’s one of those players who wants to be out there.

“He wants to be out on the training pitch improving himself, and he’s at his best when he plays off instincts. He just plays off the cuff, and it’s frightening to see.

“I see it day in, day out, and his confidence is sky-high right now – yet he’s still saying he wants to improve. It’s just the way he is and he’s just got that mentality.”

Derby rivals Manchester City are the next side in Rashford’s sights, with Young relishing the fact that the Red Devils will enter that contest at the Etihad Stadium as underdogs.

He added: “I feel it helps when anybody thinks that United are underdogs going into a game.

“We know what we’ve got here. The team and the staff here know what we’re building on. I had every confidence that we would go out and win the game.

“After the draws we had, it was important for us to get back to winning ways. We said before the game that we had to be on the front foot, we had to start well – and we’ve done that in a lot of games.

“We’ve gone 1-0 up and not been able to see games out. On another day, I feel we could have got more but we had to defend as a team as well and be resilient.”

Young admits that inconsistency has held United back this season, with Ole Gunnar Solskjaer’s side finding themselves sixth in the Premier League table and playing catch-up in the race for a top-four finish as a result.

The ex-England international said: “Consistency has been the issue.

“Decisions or certain things we haven’t done in games – we haven’t stuck to our principles which is why we’ve not been able to get the right results.

“But everything came together in that game against Tottenham, and the confidence going into the Manchester derby will be sky-high.

“I don’t think words will be needed. Of course, it matters to the fans and it’s massive for the city. For us as players, I think everyone in the dressing room knows what it means.