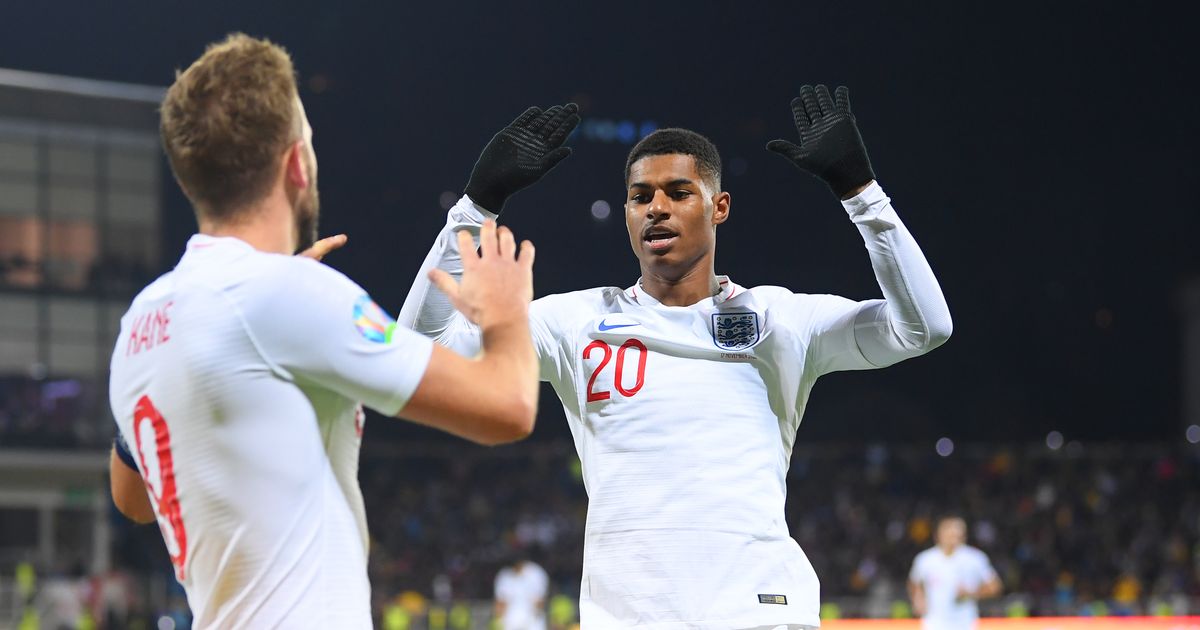 A former Red Devils captain was full of praise for the in-form attacker after his latest performance for the Three Lions at the weekend.

Marcus Rashford is “back to his best” after a slow start to the season, according to Roy Keane, who hailed the Manchester United striker’s performance for England against Kosovo.

The Three Lions concluded their Euro 2020 qualifying campaign in comfortable fashion against the international minnows on Sunday, with Harry Winks, Harry Kane, Rashford and Mason Mount securing a 4-0 away win.

Rashford’s 82nd-minute strike was arguably the goal of the game as he placed a brilliant first-time strike beyond the Kosovo goalkeeper after being played through by Raheem Sterling.

The 22-year-old’s latest effort added to the goal he notched in England’s 7-0 victory against Montenegro at Wembley on Friday, completing an impressive week’s work away with his country.

Keane expressed his delight over Rashford’s display post-match, insisting his “pure quality” is starting to shine through again after a testing period at Old Trafford.

“What a finish. He is back to his best. It was a lovely play, nice and simple. Does it matter about the opposition? Of course, it does, because they’re getting opportunities, but that was the goal of the night.

Keane went on to suggest that Rashford, Kane and Sterling should be Gareth Southgate’s first-choice front three at next summer’s European Championship.

“The attacking three players you’d have at the minute are Sterling, Kane and Rashford,” he added.

“The three of them are outstanding players who cause you all sorts of headaches.”

Rashford has now scored nine goals in his last 10 appearances for club and country, silencing the critics who have questioned his ability over the last few months.

The young forward has contributed six goals and three assists to United’s cause in 12 Premier League outings, emerging as Ole Gunnar Solskjaer’s most reliable attacking threat.

Rashford will be back in action with the Red Devils when they take in a crucial trip to Sheffield United on Sunday, when a win will be needed to make up ground on the top four.

United will negotiate another away fixture against Astana in the Europa League four days later, before welcoming Aston Villa to Old Trafford for their first fixture of December.