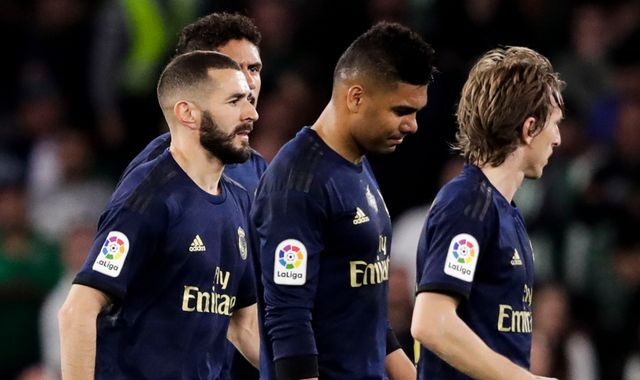 La Liga authorities took the decision to suspend matches in the top two divisions for two weeks after Real Madrid confirmed its senior football team was in quarantine following a positive test for one of the club’s basketball players. The teams share facilities.

Real Madrid said “it has been decided to close the facilities at our training ground and it is also recommended that all Real Madrid personnel who work there remain in quarantine.”

Serie A in Italy, the European country worst hit by the virus, has already suspended its matches until April 3 while France’s Ligue 1 will continue its season but without spectators.

In Greece, the lighting of the Olympic flame for the 2020 Tokyo Games went ahead earlier Thursday with the ceeremony closed to the public.

Preparations for the Formula One season-opening Melbourne Grand Prix were in chaos after the McLaren team withdrew from Sunday’s race when one of its staff tested positive for the virus.

Even before McLaren made that announcement, reigning world champion driver Lewis Hamilton of Mercedes said he was “very surprised” that the race was scheduled to go ahead.

“I don’t think it’s great that we have races but it really is shocking that we’re all sitting in this room,” Hamilton said at a pre-race press conference packed with media.

In the United States, the NBA suspended its season after a Utah Jazz player, thought to be Rudy Gobert from France, tested positive for coronavirus, prompting his team’s game against Oklahoma City Thunder to be abandoned just before tip-off when many spectators were already in their seats.