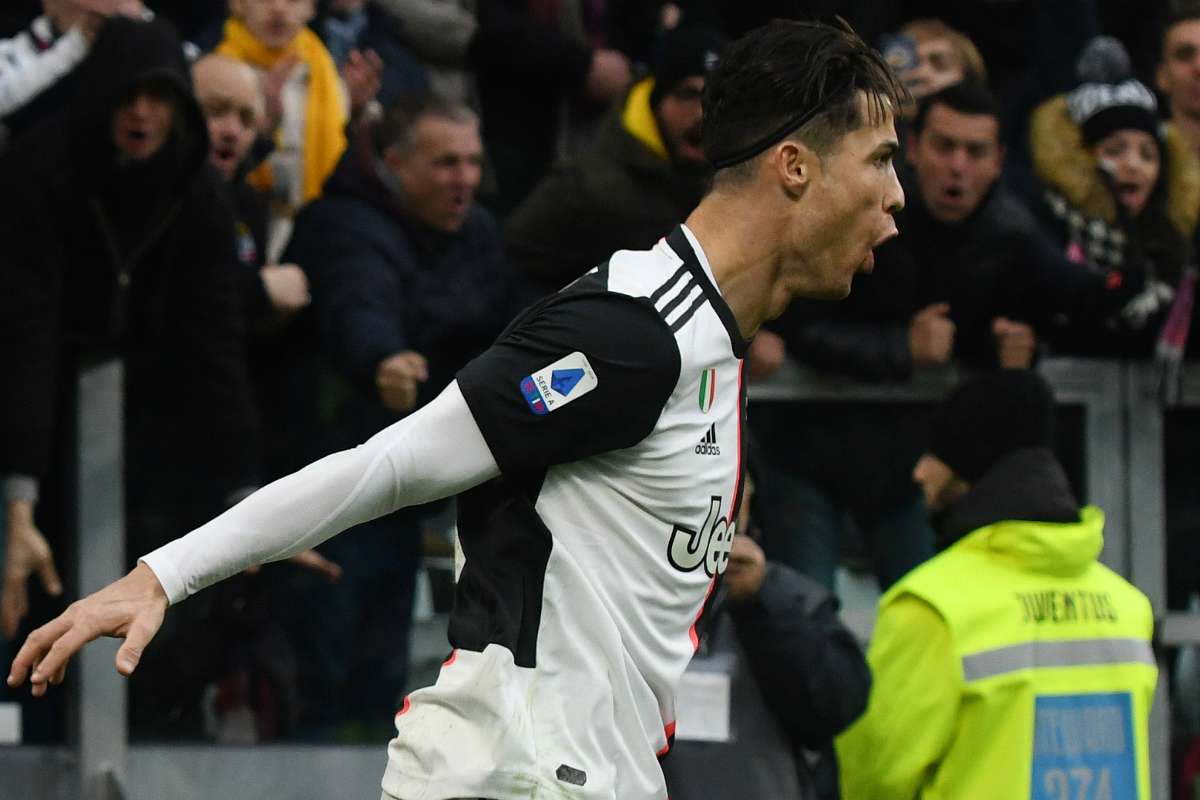 The Portugal forward scored a stunning header as his side reclaimed the Serie A summit – a goal even Claudio Ranieri could not help but admire
Cristiano Ronaldo added to his highlight reel with a leap out of the NBA playbook and a stunning header that helped Juventus sink Sampdoria.

Maurizio Sarri’s side were 2-1 winners at the Stadio Luigi Ferraris in Genoa on Wednesday, with Ronaldo grabbing what proved to be the winner just before half-time.

He produced a phenomenally athletic jump – described as like the leap of an NBA player by Sampdoria boss Claudio Ranieri – to meet a left-wing cross from Alex Sandro and power a back-post header past Emil Audero.
It was a second stunning goal from the visitors in the first half, after Paulo Dybala volleyed in another Alex Sandro cross.

Ronaldo told Sky Sport Italia: “I’m very happy with the result. It’s been a very difficult match against a Sampdoria team who played well. We managed to do even better and deservedly got this victory.

“The team played with a great attitude. The goal was great, especially because it was decisive for winning the three points. I didn’t know I was up [in the air] so long.”
Ronaldo and Juventus now turn their focus to taking on Lazio in the Supercoppa Italiana on Sunday in Saudi Arabia.

“A final always starts at 50-50,” Ronaldo said. “Lazio have an excellent team, but I’m convinced that Juve can win the match.”

Ranieri’s Sampdoria side lack firepower and sit 16th in a table that is topped by Juventus.

Despite their troubles in front of goal, Samp were competitive for long stretches, but rarely looked capable of finding a second equaliser.

Speaking to Sky Sport Italia, Ranieri said: “I’m very satisfied with the performance of the boys.

“When [Juventus] scored goals like this, we just have to admire them as two masterpieces.

“Ronaldo scored in NBA style – he was up there for an hour and a half.”

Ranieri acknowledged the lack of a clinical touch in attack, saying the team’s next challenge was “finding the goal, because currently that’s our worry”.
“I hope we get to score more often,” he added. “Little by little there is more serenity.”

“We spent two years working together,” Ranieri said. “I congratulated him on the Serie A record and wished him happy holidays.”