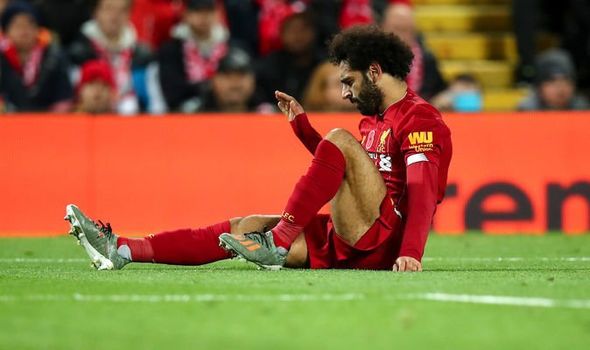 The 27-year-old forward suffered an ankle injury in the Reds’ victory against Manchester City before the international break.

According to Sky Sports, Salah is yet to recover from his injury and may not play a part when the Reds travel to Selhurst Park to face Roy Hodgson’s men.

Cameroon international Joel Matip is also likely to miss the encounter as he is yet to overcome a knee problem which has sidelined him from action since October.

Salah has scored nine goals across all competitions this season, including six in the Premier League.