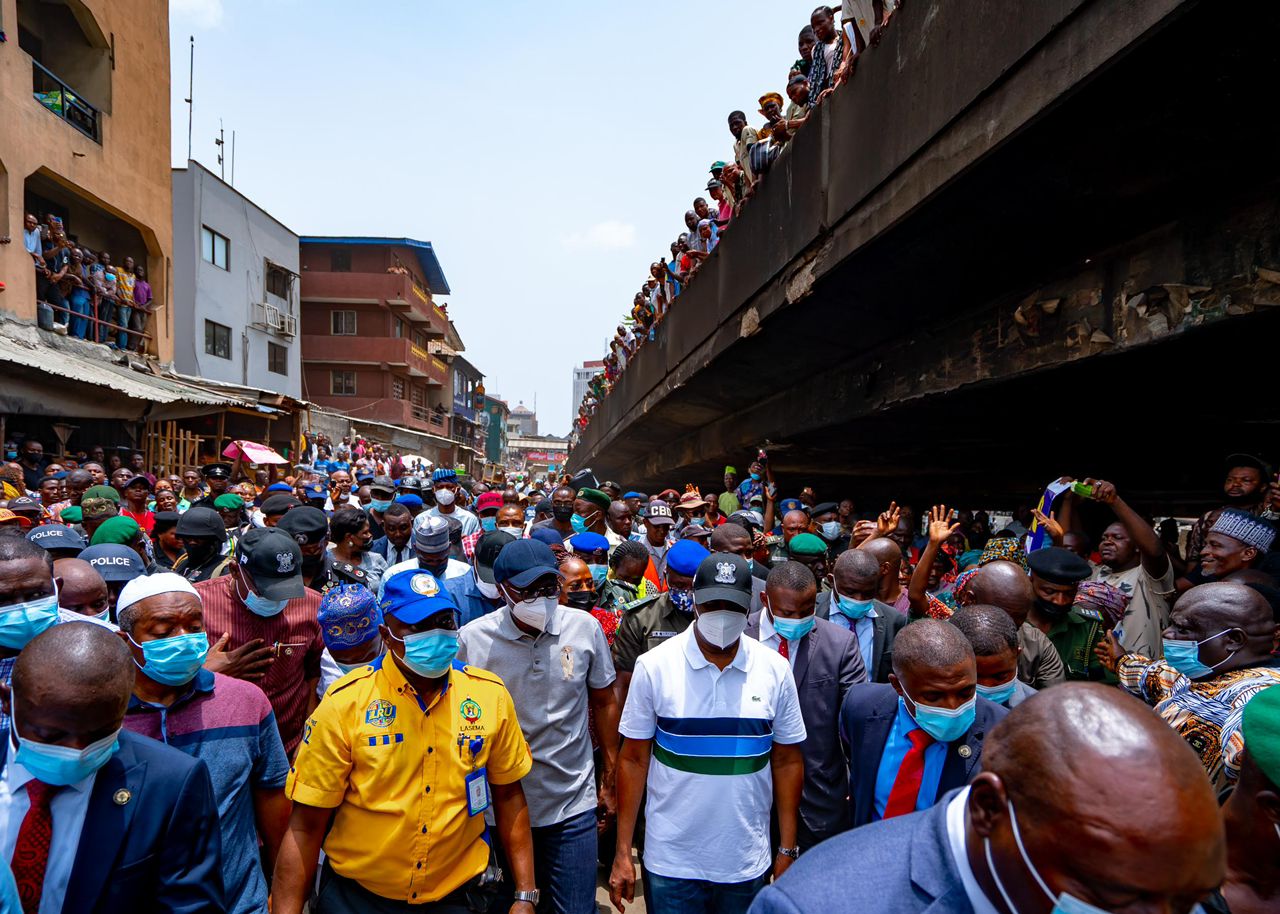 Governor of Lagos State, Mr Babajide Sanwo-Olu was at Apongbon, Lagos Island to inspect the damage caused by the fire incident around Eko Bridge, Ebute Ero and Environs few days ago… Mr Governor was in company of the two Chairmen of the LGA, Cabinet Members and others.

Permanent Secretary of the Lagos State Emergency (LASEMA), Oke Osanyintolu gave some updates of the situation to Governor Sanwo-Olu and the team. Markets that were affected by fire under the bridge include Irewole, Ecowas, Asejere markets etc

Governor Sanwo-Olu also inspected the heavy damage the fire did to the bridge, which opened up the slabs that divided the Eko Bridge at the Apongbon Section, outward Lagos Island.

Governor Sanwo-Olu spoke with some of the Traders that once occupied the under bridge, Mr Governor spoke in Yoruba to the traders occupying the Underbridge on the need to leave the the place for the general good of the State.

Mr Governor once again states it clearly that the traders under the bridge will not be allowed to continue to occupy the under bridge and that the 7-Day Ultimatum stands.

Governor Sanwo-Olu also visited Obalende under bridge to assess the situation in order to prevent any form of disaster in future.