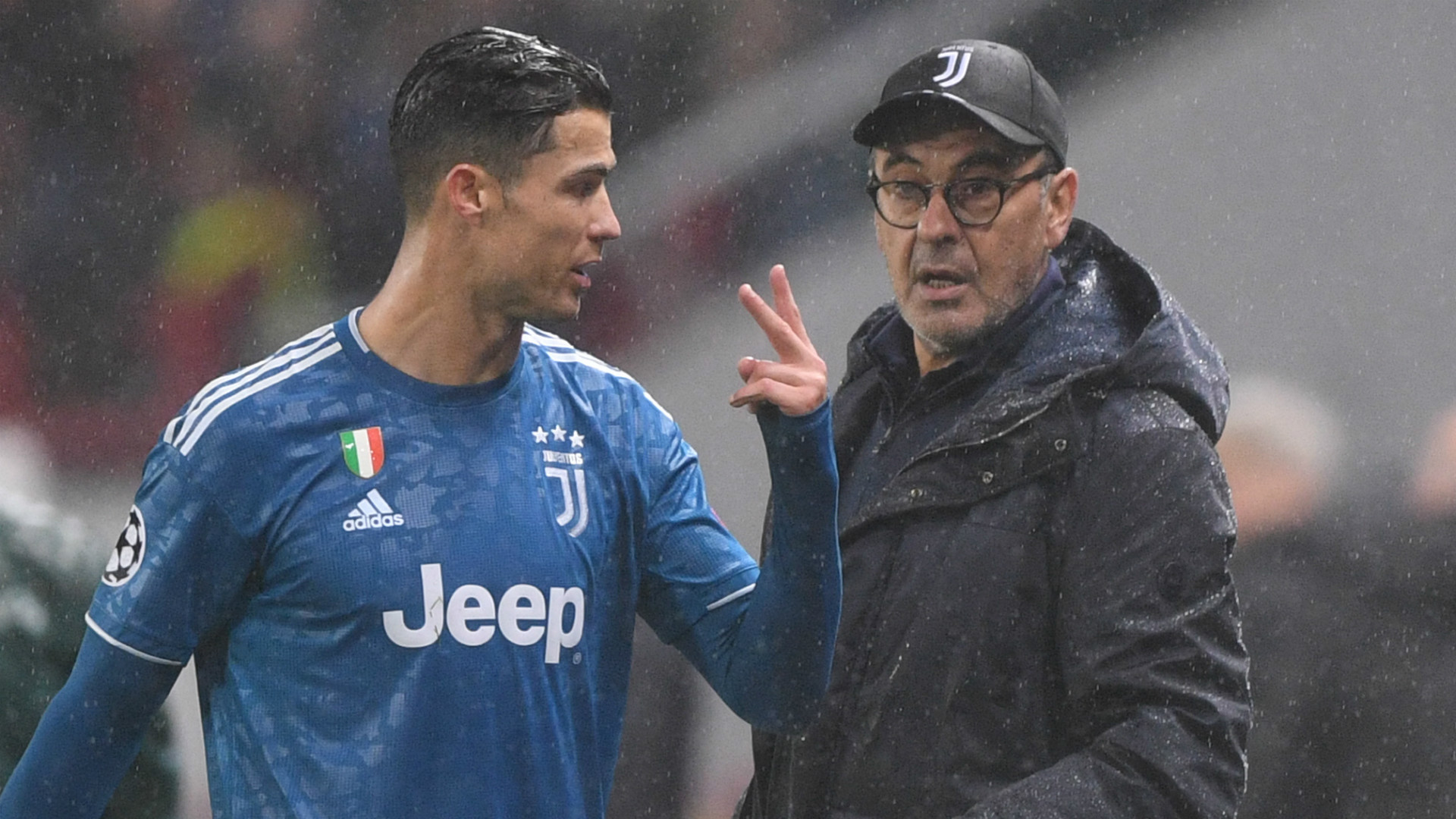 Cristiano Ronaldo is set to miss Juventus’ trip to Atalanta this weekend due to fitness concerns, but head coach Maurizio Sarri has insisted he has no problem with the superstar forward.

The 34-year-old was upset at being substituted early in the second half of Juve’s 1-0 win over AC Milan on November 10, four days after being withdrawn against Lokomotiv Moscow.

Sarri cited a bruised knee for his decision to bring off Ronaldo and the Portugal international this week confirmed he has recently been playing through the pain barrier.

Ronaldo scored a hat-trick for Portugal in their 6-0 demolition of Lithuania last week before netting his 99th international goal in Sunday’s 2-0 win against Luxembourg.

However, despite featuring twice for his country, Sarri revealed at Friday’s pre-match news conference that the five-time Ballon d’Or winner is still not fully fit.

“If anything, the problem is that on Tuesday he told us he had the same issue and we have prepared a programme that will allow him to overcome the problem.

“There is a 99 per cent chance he will not be available for tomorrow’s game. The goal is to be ready for the Champions League match with Atletico Madrid.”

Blaise Matuidi withdrew from France’s squad due to a rib injury sustained against Milan two weeks ago, but he is back in contention for Saturday’s meeting with Atalanta.

“He still feels a little pain, but he played the whole training session with us yesterday and will be available,” Sarri said.

“Alex Sandro’s problem is less serious than it had initially seemed, while Adrien Rabiot and Juan Cuadrado have adductor problems, but Miralem Pjanic will be available.”

Juventus are a point better off than Inter at the top of Serie A ahead of their trip to Stadio Atleti Azzurri d’Italia after winning three league games in a row.

Opponents Atalanta have won just one of their last five league matches, but they lead the scoring charts in Italy’s top flight and Sarri is fully aware of their strengths.

“They have a way of playing with great intensity. To call it annoying is an understatement,” he said. “They are a strong and dangerous team, one that is difficult to face.

“But changing mentality for a single opponent is impossible. It takes months to build a mentality – we have to go our own way.”