Members of the Satellite Town Forum have pledged their support for hitch-free delivery of Right of Way for the successful execution, by the Lagos State Government, of the reconstruction of Buba Marwa and Navy Town roads in Satelite town.

This came to the fore during a meeting in Alausa on Tuesday by the Commissioner for Physical Planning and Urban Development, Dr. Idris Salako with Satellite Town residents on the progress of the road project. 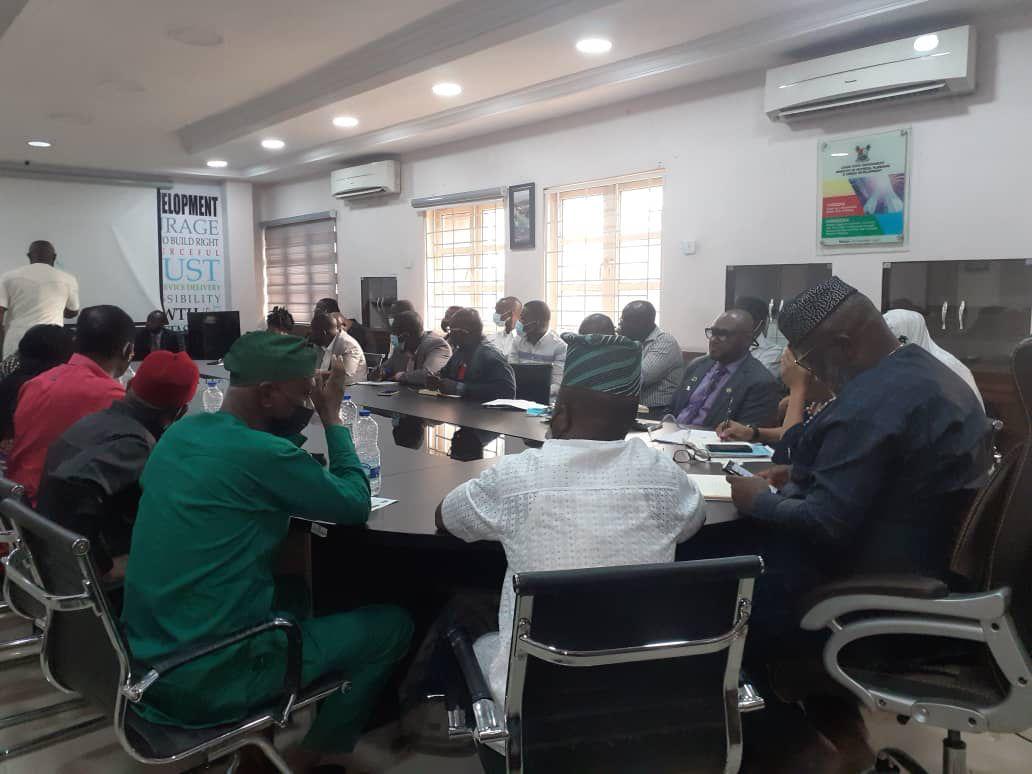 In a message delivered through their Chairman, Mr. Governor Emitini, members of the Satellite Town Forum dissociated themselves from any dissent regarding the project and encouraged all affected residents to be prepared to move out of the Right of Way of the roads so that the axis could ultimately reap the benefits of good connectivity.

Mr. Emitini appealed for leniency in carrying out the exercise and enjoined Government to consider the payment of adequate compensation to owners of affected buildings.Earlier, the Commissioner for Physical Planning and Urban Development, Dr. Idris Salako explained that the chief aim of Government was to restore the glory of Satellite Town, characterised by well-laid-out environment and the absence of incidence of setback encroachments.

He noted that the removal of encroaching structures, being the last step in the process of establishing the Right of Way, was usually preceeded by adequate notices through newspaper publication and stakeholders’ meetings amongst other mediums.While assuring of the magnanimity of the Mr. Babajide Olusola Sanwo-Olu led Administration, he added that the valuation of affected structures by the Lands Bureau for the purpose of paying compensation was also precedent to the eventual removal of encumbering structures.

Salako averred that the development efforts of the State Government was not only to serve the people but being executed in the most friendly manner, citing the Satellite Town example where ample opportunities had been given to owners of affected structures despite over 2 months of published notices and stakeholders’ meeting.