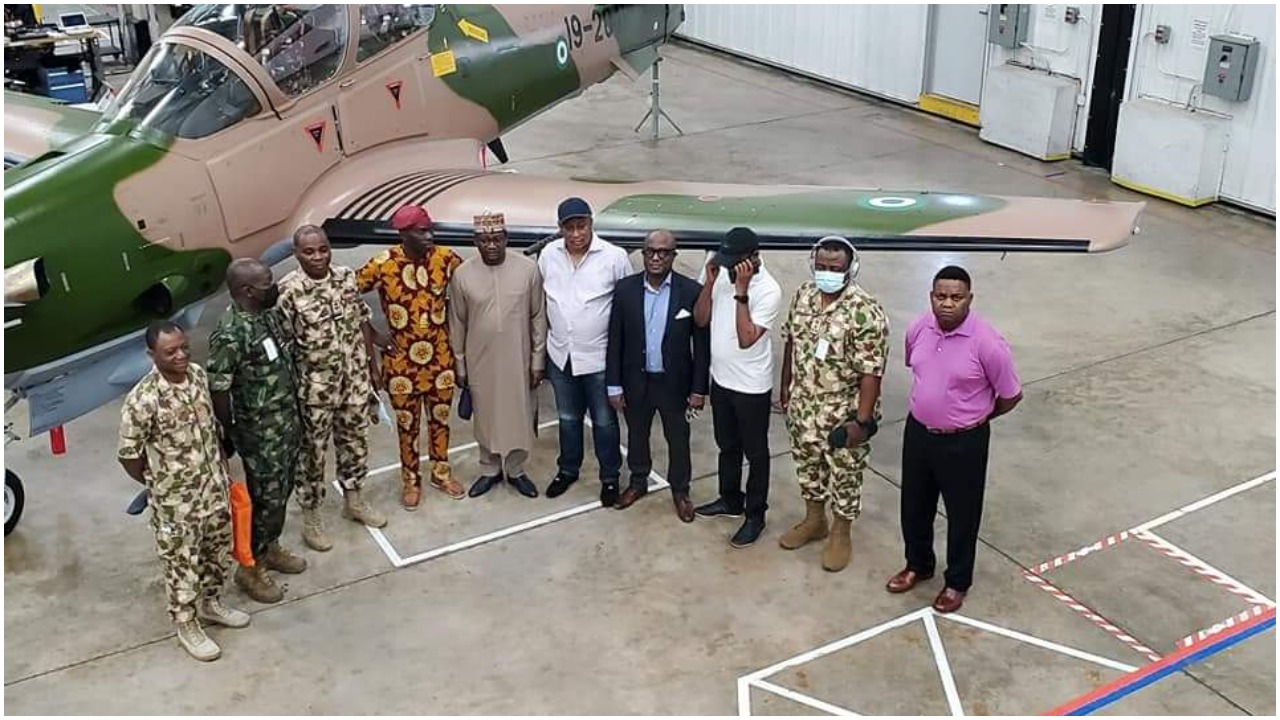 The Nigerian Air Force (NAF) says the first batch of six Super Tucano aircraft are currently on the way to Nigeria from the United States.

Edward Gabkwet, NAF spokesman, disclosed this in a statement on Thursday.

According to him, the aircraft departed the US on Wednesday, and will move through five Countries before arrival in Nigeria.

“The first batch of 6 A-29 Super Tucano aircraft have departed the United States of America on Wednesday, 14 July 2021 en route Nigeria,” the statement reads.

“The 6 aircraft will be leapfrogged through 5 countries, including Canada, Greenland, Iceland, Spain and Algeria before arriving their final destination in Nigeria towards the end of July 2021.

“An official induction ceremony of the aircraft into the inventory of the Nigerian Air Force is already being planned at a later date in August 2021 to be announced in due course.”

In March, Garba Shehu, presidential spokesman, had announced that the six aircraft were expected in the country by July, with six others expected afterwards.

“The Super Tucanos came off the production line in Jacksonville Florida and are now being equipped and flight tested. Nigerian pilots and maintenance personnel are training on these planes. Currently, the construction is ongoing, which will house the aircraft,” Shehu had said.

Also speaking on the aircraft, Oladayo Amao, chief of air staff (CAS), had said NAF is expecting a total of 20 fighter aircraft before the end of 2021.

The air chief added that aside from the six aircraft expected in July, six more A-29 Super Tucano aircraft will arrive in September, while two CH-3 and four CH-4 UCAVs will arrive the country before the end of 2021.

According to him, “these additional aircraft would no doubt boost air power employment capabilities in support of joint operations, and would be a game-changer in various theater of operations.”

In 2017, it was reported that the U.S. State Department has approved a $593 million foreign military sale to Nigeria, including 12 A-29 Super Tucano light-attack aircraft, in order to further the nation’s campaign against the militant group Boko Haram.

In February 2017, U.S. President Donald Trump signaled his support for the sale during a phone call with Nigerian President Muhammadu Buhari.

In May 2021, Some members of the National Assembly have visited the United States of America in order to inspect some aircraft ordered by President Muhamadu Buhari.