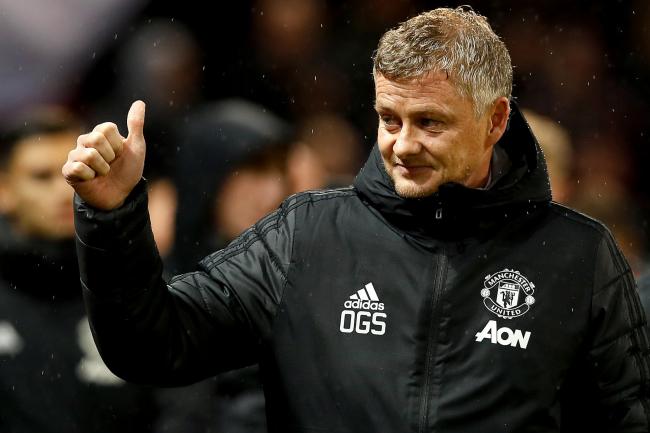 The home match against the Seagulls is the final one before an international break and affords the Reds an opportunity to build on Thursday’s Europa League triumph over Partizan Belgrade.

Scott McTominay and Harry Maguire appeared to sustain knocks in the 3-0 victory, with the Scotland international’s ankle problem initially deemed the more serious.

Victor Lindelof missed the Partizan game due to an issue with his back but he could be in a position to return, even if the other sidelined players, such as Luke Shaw and Axel Tuanzebe, appear unlikely to figure. Paul Pogba has already been ruled out for the rest of the month, while Tim Fosu-Mensah and Eric Bailly are making progress after surgery.

When asked if any of the injured Reds will be back, Ole replied: “Hopefully Scott. Hopefully Victor as well, but I don’t know because he hasn’t trained this week. It’s his back.”

One man definitely out is Ashley Young, who is suspended after accumulating five yellow cards in the league. Brandon Williams is one option to operate at left-back, while Marcos Rojo, who has impressed the boss in the heart of the defence, is another.

When quizzed about Williams’s introduction, the manager said: “There are options. I’m not going to give the team out now. Ashley is suspended and I felt we needed a strong team tonight [Thursday] and an experienced team. We just wanted the win.”

One role that has still to be really nailed down is the no.10 slot, with Juan Mata staking his claim against Partizan.

The Spaniard will hope to get the nod again and the manager discussed his influence after the win.

“Of course, when we spoke to Juan about a contract extension, I spoke to him about [the fact] he wouldn’t play every game,” explained Ole. “But he would be important in re-shaping the culture of the group, of the team.

“He’ll play his share of games. He’s played in the Premier League, he’s played in the cup. Juan is the type of player who needs winners around him. He got that tonight and I thought you saw, at times, a better Juan.“

Brighton look set to be without Adam Webster, Jose Izquierdo and Bernardo but Leandro Trossard is fit again.

“We played Brighton quite early when I came in last year and I thought they gave us a really good game,” said the manager. “I thought we were lucky to win. They have loads of football players there, good footballers who are comfortable on the ball.

”In the last four games, they’ve really turned a corner for me. They’re dominating teams and controlling games. Even the defeat against Aston Villa, they controlled that one until they got the sending off. So, the last four, I count them all as wins for them really.

“We’ve got to have loads of energy and go about pressing them really well, because we can’t let them be comfortable here at Old Trafford.”