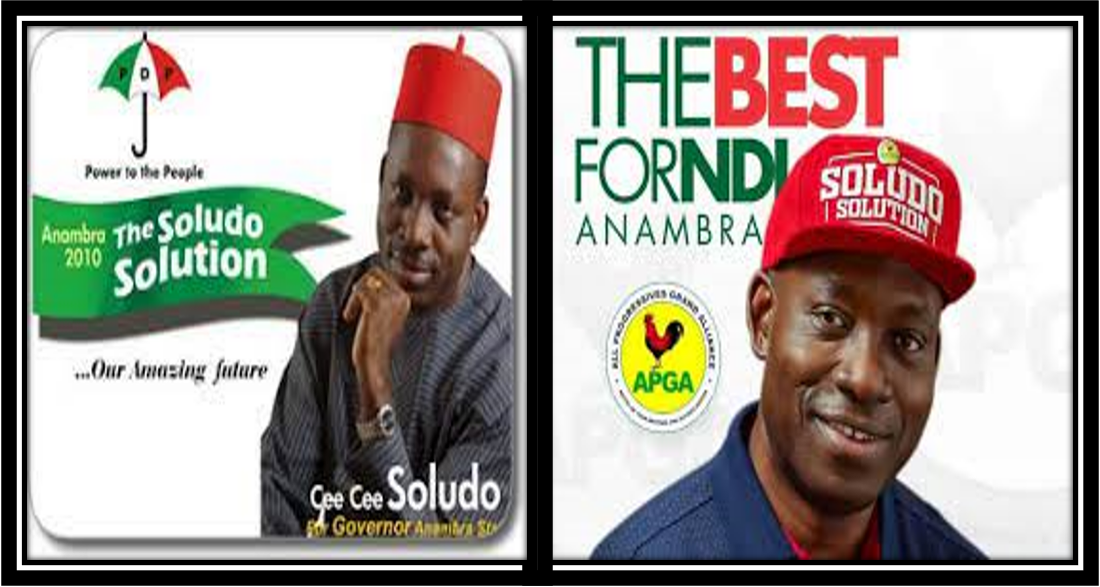 Professor Soludo didn’t win because he was the former Governor of Central Bank of Nigeria. Not even sure Professor Soludoor APGA is that ACTIVE on any Social Media platform, so keep your over estimation of Social Media in local politics to your dream world. Who won #AnambraDecides2021?

So, in terms of PRINCIPLE of IDEOLOGY, can we actually say there’s a difference between Professor Soludo, Femi Fani Kayode and Peter Obi who jumped from one party to another as long as their political ambitions were concerned? Before you give the next excuse, ask yourself why Soludo lost the election under PDP as a candidate in the same State.

In 2007 when Obasanjo was the President, no serious voting happened in Anambra. Andy Uba who is now the APC candidate in 2021 was the PDP candidate then. @inecnigeria woke up and announced 1.9 million votes for PDP. Two days later INEC changed it to 1.2 million because they realized that the figure was higher than total registered voters. For those old enough in Nigeria, remember that during Obasanjo regime between 1999 and 2007, election results were usually written before vote ever commenced and Obasanjo never hid his DO-OR-DIE idea of politics. His only stumbling block then was Bola Tinubu the then Governor of Lagos State who wouldn’t yield to Obasanjo’s game and stood his ground as opposition party.

You see why this needs to be kept here is simply to check how Local Politics work. Like Mr Jubril Gawat said on Social Media some years back and the statement became a famous quote.. “Politics is Local”. How did Soludo who antagonized Governor Obiano publicly the became his successor in APGA in 2021 four years after? He quickly realized that he will never win by using unknown and untested platforms no matter his personal credential. Local Politics is not TEXTBOOK.

If you want to go into Politics in Nigeria, UK, Canada or in the USA, the principles are the same, know this and know peace: 1. Personality matters in politics, but platform is bigger than personality in Local politics.

2. Except you are a special personality like Mohammed Buhari whose personality can gather at least 12 million votes irrespective of Party and the day it was formed, no other personality in Nigeria history has done that in Politics. Don’t try it, you don’t have such personality again in Africa. Platform is bigger than personality, OVERPOPULATE and TAKEOVER established political platforms.

3. There can only be 2 major platform at the National level per time.

4. Power of incumbency is real, except the Local people within that constituency are really fed up which may lead to a surprise in enforcing change to remove the incumbent party in any State, only the Federal might can tamper with such at any given time.

5. Whoever you are, you must learn compromise with the LOCAL BASE, Politics in not the same as PHD in Political Science.

6. Local Sentiment will always prevail irrespective of who the BEST candidate is.

7. Best candidate is not enough to win election anywhere in the world, Sentiment and platform mostly win it for any candidate.

8. In the Peculiar case of highly compromised judicial system in Nigeria, the Supreme Court has become the easiest tool politicians now deploy to claim election. It happened in Zamfara, Bayelsa, Imo and a few other places. Therefore, we can also add the Judiciary to the political calculation in Nigeria irrespective of the wish of the people, the Judiciary has become the dictator in democracy to force the minority vote on the majority using “technicalities”.

9. Social Media is just for noise, it has little bearing in local politics.

Now that the next Governor of Anambra is Professor Soludo who has a good track record in CBN, we should sit back and see how paper political analysis is turned to reality as the executive Governor of a State. Don’t be shocked if paperwork and mouth analysis do not add up in the next two years in Anambra. Good luck to the people of Anambra and Nigeria by extension.