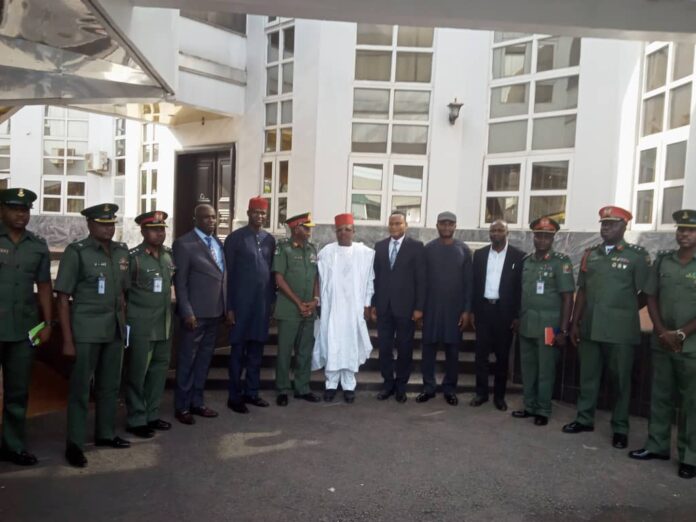 Governors of the South-East states have concluded plans to establish a security outfit similar to ‘Operation Amotekun’ recently launched by their counterparts in the South West.

Chairman of the South-East Governors Forum and Ebonyi State Governor, David Umahi, announced this when he hosted the General Officer Commanding 82 Division of the Nigerian Army, Lasisi Adegboye, in Abakaliki, the State Capital.

Although the name of the security outfit is yet to be made public, Channels Television gathered that the governors have written to the Federal Government, and also met with military authorities on their plan.

Governor Umahi explained that there was need for synergy on the security outfit because of the benefits expected from it, especially given the successful implementation of the state’s neighbourhood watch initiative.

The move by the South-East governors comes on the heels of the controversy triggered by the launch of Operation Amotekun, an action the federal government initially kicked against, declaring it unconstitutional.

An agreement has, however, been reached between the Federal Government and the South-West governors on a legal framework for the establishment of the security outfit.