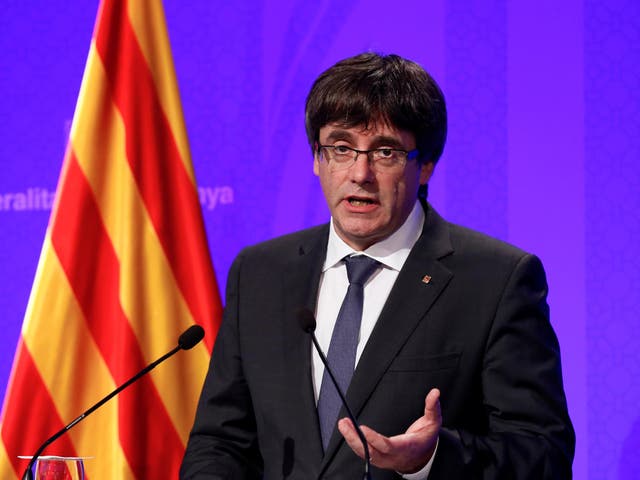 Carles Puigdemont, a Catalonia separatist leader exiled politician wanted by Spain over a failed attempt to win independence for one of its biggest regions has been arrested in Italy.

Carles Puigdemont, former leader of the Catalonia region, is being held on a Spanish arrest warrant.

He fled to Belgium after a banned independence referendum was crushed by Spain four years ago.

Italian police were waiting for him at Alghero airport in Sardinia and he was taken to a nearby prison.

Spain accuses him of sedition but his lawyers say the European arrest warrant is no longer valid.

He travelled to the Italian island on Thursday for a Catalan folklore festival, his lawyer said, and was held overnight in Sassari prison, a short distance from the airport.

He is due to appear in court in Sardinia, where a local judge will have to decide whether he should be freed or extradited. Hundreds of protesters rallied outside the Italian consulate in Barcelona, the capital of Catalonia, on Friday morning demanding his release.