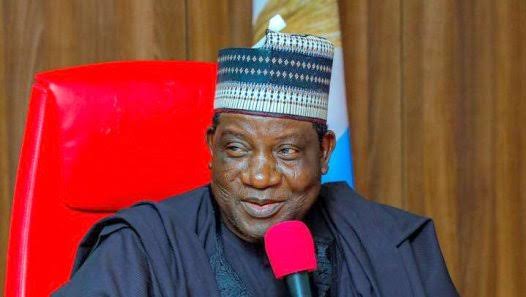 The Supreme Court has affirmed the election of Simon Lalong as the governor of Plateau State.

The court gave the judgement on Monday in Abuja, 10 months after the Independent National Electoral Commission (INEC) returned Governor Lalong as the winner of the March 9 poll.

Jeremiah Useni of the Peoples Democratic Party (PDP) had filed an appeal at the apex court to challenge the victory of the candidate of the All Progressives Congress (APC) in the election.

His appeal was, however, struck out in a unanimous judgment of the Supreme Court delivered by Justice Adamu Galinje.

The court held that the appellant failed to prove the allegation of non-compliance with the provisions of the Electoral Act.

It held that the concurrent findings of the Governorship Election Petition Tribunal and the Court of Appeal were correct.

The apex court also said the appellant failed to show how the various names of Simon Lalong enhanced his chances at the March 9 election.