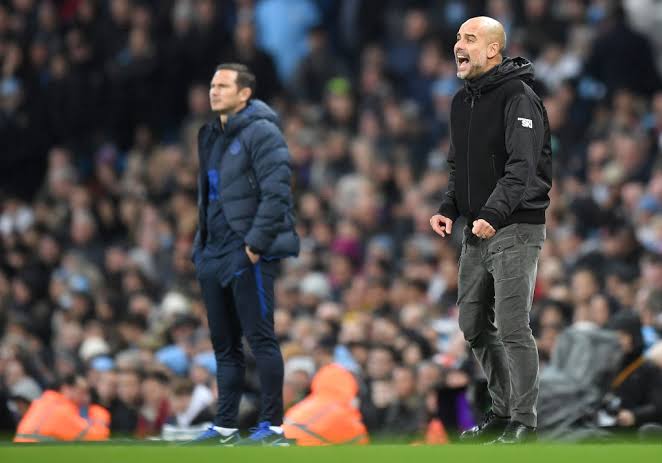 Ole Gunnar Solskjaer’s tactical decisions made it difficult for Manchester United, with only a late alteration in style sparking their fight-back against Sheffield United.

And with Jose Mourinho back in the Premier League with Tottenham, how did Spurs play compared to under Mauricio Pochettino?

For 70 minutes at Bramall Lane, Manchester United were dreadful, and Solskjaer must take the blame for a 3-4-3 formation that made little sense.

An unfamiliar three-man defence clearly confused the United players, with Sheffield United’s long balls into the channels consistently causing problems, but more importantly it meant the visitors only had two central midfielders on the pitch.

The Blades outnumbered them centrally, which is why playing a narrow front three was so bizarre.

Daniel James, Marcus Rashford and Anthony Martial should not have been so static, but clearly they had been told to stay narrow – even though central defence and central midfield is precisely where Chris Wilder’s side are strongest.

Andreas Pereira and Fred looked hopeless in possession with nobody to pass to, leading to yet another aimless display.

That all changed when Solskjaer switched to a 4-2-3-1 in the second half, with Rashford deployed as a No.10, and indeed the manager deserves praise for this innovation. Rashford was instrumental in a deeper role, crossing for the second goal before scoring the third.

The hosts were clearly made nervous by Solskjaer throwing so many attackers onto the pitch, dropping far too deep and inviting pressure from what had looked a very secure position.

It was a good tactical recovery from Solskjaer, but it should not hide the initial mistake.

It is hard to think of a tactical strategy – two in midfield and narrow forwards – less suitable for playing Wilder’s team.

The new manager might have promised not to change Tottenham’s style of football, and yet straight away they look like a Jose Mourinho team in several important ways.

His philosophy is a strong defensive foundation, simplified tactical roles, risk-averse possession and creative freedom for a select few attackers – all of which was on display at the London Stadium.

The biggest change was clearly the use of a double pivot in midfield, with Harry Winks and Eric Dier sitting side by side and rarely venturing forward.

Mourinho likes to clearly demarcate attacking and defensive roles, and along with the back four (the full-backs were considerably deeper than under Mauricio Pochettino), Winks and Dier created a six-man defensive unit that freed up four players to attack.

When West Ham looked to counter, they were faced with five or six bodies holding firm; that could not be more different from the tactics Pochettino preached. However, this does not mean Spurs will be boring under Mourinho or that he is a strictly negative coach.

Dele Alli, Harry Kane, Son Heung-min and Lucas Moura were given licence to play direct attacking football. All four constantly looked to make runs in behind or suddenly drop into pockets between the lines; Spurs’ first two goals were peak Mourinho, sudden vertical passing that up the tempo out of nowhere.

Up until a late collapse that betrayed the confidence issues in the dressing room, it was a perfect Mourinho-esque performance.

Chelsea’s initial energetic performance in a Mason Mount-less 4-3-3 formation almost blew Manchester City away for the first 25 minutes on Saturday.

They repeatedly managed to work around City’s initial press – thanks largely to the blossoming partnership of Mateo Kovacic and Jorginho, whose one-twos set the tone – and then exposed the lack of quality in the hosts’ central midfield.

Kevin De Bruyne and Rodri consistently pressed the ball, leaving a huge gap in front of the back four when Chelsea broke out.

The visitors were assisted by an excellent start from N’Golo Kante in an unusually attacking role; the France international burst ahead of play as Mount would have and, with Willian, began to expose the holes through the middle.

Defensively during this opening stages, Chelsea managed to sit off City and defend robustly, although they were significantly helped by the fact Pep Guardiola did not adapt his tactics to make the most of the visitors’ difficulty in the transition from attack to defence. City recycled rather than countered, allowing Chelsea to get back into shape.

Or at least they did until the 29th minute, when De Bruyne launched City’s first counter of the game – and they promptly scored.

Seven minutes later, some poor defending further highlighted Chelsea’s defensive problems when their shape becomes stretched; Kovacic and Jorginho both failed to get into the right position to cut off Riyad Mahrez’s dribbling line, before Fikayo Tomori got his angles wrong.

For the rest of the match City pressed brilliantly, holding firm with a high line and compressed formation that prevented Chelsea from finding a way back in.

Ilkay Gundogan, on for Rodri, did not leave his base position as much as the Spain international while De Bruyne sat alongside him in a 4-2-3-1, shutting down the gaps that had appeared in the first 25 minutes.

It was the performance of champions, reaffirming the gulf in quality between the two clubs as Chelsea failed to find fluency, even after two attacking substitutions.

Mount came on but that only served to leave Jorginho alone at the base, meaning the visitors could no longer try to pass their way through City while Michy Batshuayi was completely ineffective, finding himself either offside or too weak when tasked with holding up the ball.

5) Emery’s focus on the flanks holds Arsenal back

Southampton might have only held 39 per cent possession on Saturday, but that does not mean they sat back at the Emirates Stadium.

Ralph Hasenhuttl deployed a high-pressing game in an aggressive 4-4-2 that aimed to unsettle Arsenal’s fragile players and prevent them from building gradually into the final third. It worked superbly, and the visitors ought to have won by three or four goals.

Unai Emery’s 3-4-1-2 formation bunched his three most dangerous players through the centre and emptied the flanks, with Kieran Tierney and Hector Bellerin operating alone throughout the first half.

It was surprising that Arsenal kept trying to pass out to them rather than get Lucas Torreira and Matteo Guendouzi to turn and feed Mesut Ozil.

Time and again the wing-backs were given the ball, only for Southampton to engage the press and get the ball out of play.

Arsenal improved dramatically after switching to 4-2-3-1 at half-time – for all of 15 minutes, that is.

The extra body on each flank meant Bellerin and Tierney now had a passing option, evading Southampton pressure more comfortably. But Hasenhuttl’s side soon adapted, and sitting deeper began to force Arsenal into aimlessly throwing crosses into the box while counterattacking menacingly themselves.

A tactically confusing performance with multiple formation changes is the norm under Emery. The fans have had enough.