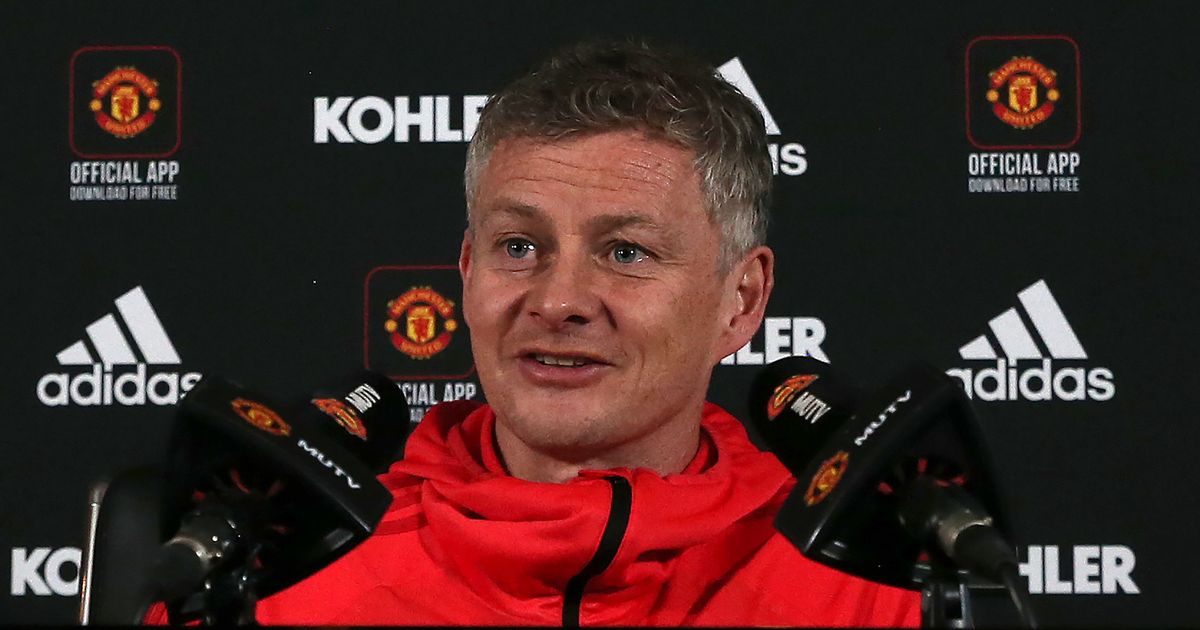 Ole Gunnar Solskjaer has given an update on his squad ahead of Manchester United’s trip to Carrow Road to play Norwich City in the Premier League on Sunday.

Speaking in Belgrade after United ended our wait for a win away from home, the manager said the return of players from injury allows him to be more versatile in terms of how he sets the team up.

The Reds started with three at the back at the Partizan Stadium, as was the case against Liverpool, although we reverted to a back four during the second half.

“I think injuries have made us get into the position where the performances didn’t come and we had fit centre-backs, good centre-backs and quality centre-backs,” Ole told reporters.

“It just made it easier to go to a back three against Liverpool and again in Serbia.

“It’s just injuries have made us go into this position but it’s working quite well.”

Although Lingard returned to the line-up after two games out injured, and Anthony Martial scored on his first start since August, United are still waiting for updates on several injured players, including Paul Pogba, Nemanja Matic, Luke Shaw and Axel Tuanzebe.

“We’re working very hard to get them fit and, hopefully, we can get them back soon,” Solskjaer added. “I’m not going to put a deadline on it but it won’t be long, hopefully.”

Martial completed an hour on his return to the XI, before being substituted, along with Aaron Wan-Bissaka, who also recently returned after a spell on the sidelines.

Solskjaer praised the France forward’s contribution and suggested that he would help create an increased threat in front of the opposition goal in the coming weeks.

“Now Anthony is back, he got a goal, and I’m sure we’ll see us improve as a team with Anthony in the side. He does gives us something different.”

David De Gea will hopefully be fit to return in goal after being left out of the squad for Thursday’s game.

The Reds will travel down to East Anglia on Sunday having taken heart from the win in Serbia, but Solskjaer has warned that we’ll need to perform well if we’re to take points off a side which has already beaten Manchester City this season.

“When I watched Norwich’s first game against Liverpool, I saw a team with a lot of courage,” the manager said.

“They were brave and played their own way and kept going. It’s given them some great results as they beat Newcastle and Manchester City with a clear philosophy on how they want to play.

“I hope we’re going to stop them because it’s always going to be difficult down at Carrow Road but we’re ready for it now. We’ve got some players back.

“I managed to take Aaron and Anthony off after 60 minutes as they were out a long time. Hopefully, it will be a fresh team because we need to be up at our best to have a chance.”

The Canaries have struggled with injuries in the early weeks of the season and, although a number of players, including Tom Trybull and Onel Hernandez, have returned to fitness in October, the likes of Timm Klose (knee), Christoph Zimmermann (ankle) and Grant Hanley (groin) are all still long-term absentees.

Mario Vrancic, who is still recovering from a calf injury suffered in pre-season, and on-loan goalkeeper Ralf Fahrmann, will also be missing for the visit of the Reds on Sunday.