Don’t fall for it, it’s a game. Don’t judge them harshly, they are the players. Don’t implicate yourself, you are just a pawn. 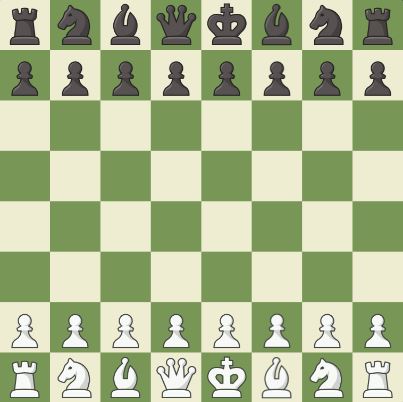 The Players are the regular and irregular Politicians.

The pawns are the informed, uninformed and ill-informed citizens.

Whatever is happening in this chess game, one thing is obvious, whoever seems to be the hair apparent is the target of “friends and foes”, that person is already the common enemy to “eliminate” before going ahead with this game. Osinbajo seems to be the common enemy towards 2023. Weight your reaction towards every event that has his name inserted, don’t fall for the move of your opponent in disguise as your friend, the target is to play reverse intelligence on your emotion on this chess game, then the king is exposed. Warn the rooks, the Knights and the pawns to calm down, don’t expose your king and queen, learn to preempt the opponent’s moves.

Since Buhari will no longer be in this equation by 2023, you should know that the game is on and it’s a game everyone seems to see opportunity for the highly coveted seat of power in Africa.

Don’t be deceived, that seat befits everyone born of a woman. Take away money, entourage, everything from that seat, by nature humans will covet that esteem seat of power, I mean human being from any clime. If you think it is an African thing, keep following American Election and see the drama of the game towards the next election.

If PMB will no more be a candidate in the next election, then it means anyone and everyone especially in the ruling party is seeing a golden opportunity to be the candidate. The truth is that many are very qualified by birth, by party affiliation, by qualification, by circumstances and by any standard. Once you see that window of opportunity opened to ANYONE, then you will understand why this barrage of attack is on Osinbajo too early and guess what, the movie has just begun. You aren’t seeing anything yet, buckle up, power is not that cheap anywhere in this world of power.

The narratives are easy to disprove, don’t allow your emotion to run wild. Once you see the sworn enemies of Professor Osinbajo yesterday suddenly becoming the emergency supporters, then you should know something is not adding up. The rooks, the knights and even Bishops should be experienced enough to hold back in this Chess game. Don’t blame the pawns, they are too naive in this game of chess. Always NAIVE.

The same guys that have called the same man “Fake Pastor, ordinary commissioner, fake SAN, a disappointment, Hausa slave, blab la bla” suddenly woke up to defend how he is being relegated because Buhari the President signed a bill into law in far away UK. Wetin concern PDP and Atiku supporters with goodwill of Osinabjo? Have you seen anywhere in the world where the Vice President signed a bill into law?

In the United State where you often enjoys to quote as SANER CLIME (there is no SANER CLIME ANYWHERE when it comes to politics anyway), have you ever heard a VP sign any bill into law? Their game of politics and governance is so advanced such that they even have “autopen” to sign as though the President is on ground instead of allowing the Vice President to perform such role…What do you call that? Democracy.

At some point, Presidents Bill Clinton and Ronald Reagan had bills flown to Turkey and China, respectively, so they wouldn’t have to sign major pieces of legislation with the autopen, NPR reported in 2011. What do you call that? ADVANCED DEMOCRACY.

Who are the sudden Osinbajo disciples from PDP camp? The same people whose 16 years in Aso Rock never saw the Vice President preside over the Federal Executive Meeting let alone Acting as the President. 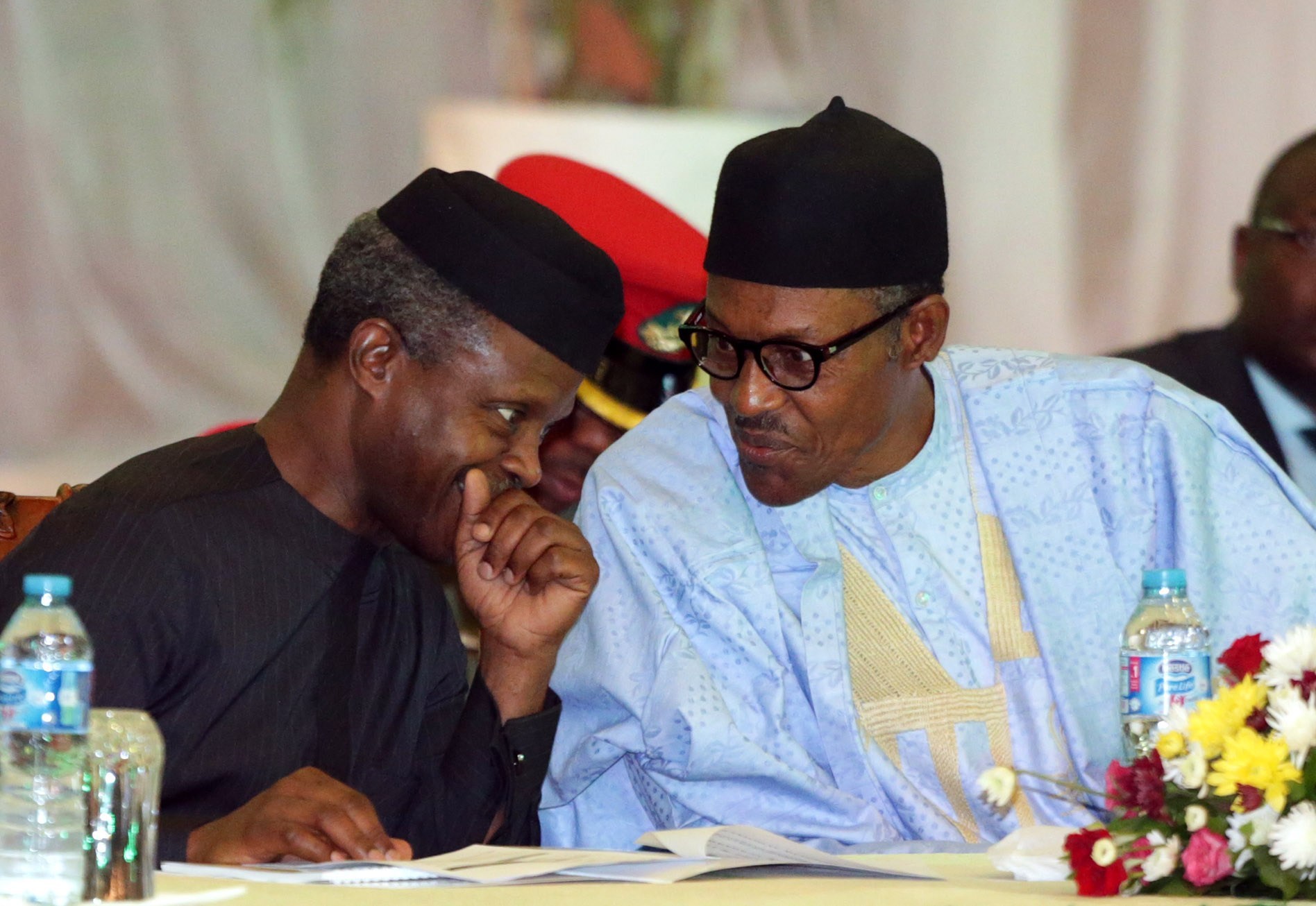 They said, yea, Obasanjo, Y’aradua and Jonathan had no reason to activate section 145 and hand over to their deputy and I said, was there any law that said they shouldn’t go for their annual leave? Ha, Obasanjo to handover to Atiku ke? Hmm, have you seen a Manager who was always scared of going for leave in your office? Yes, when the manager has something to PROTECT by all means and he doesn’t want the next person in line to see the “secret in the files”, they prefer to sell their leave in the guise that “I cannot allow this work to suffer”. Na lie oga, go leave, no be your papa get the company, you be ogbonge thief.

Did you see how they amplified “Buhari should have handed over for Osinbajo to sign”…..Did you force Buhari to hand over to him in the past when he did so TWICE? Sorry, pawns fell for the game, rooks and knights should be careful. 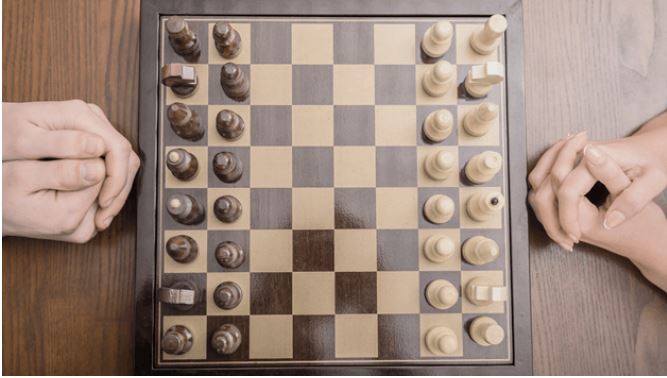 Just before that News would be over, the usual rogue media houses in Nigeria since 2015 came up with another News of “35 aides sacked”…Wetin concern una, Who we slap, who dey cry? How is that your problems in PDP, Afenifere, Atikulate? Ehn, “we are for good governance of Nigeria, and we must fight for Osinbajo’s right”….Who put your mouth for the game? #AlabosiFC

This game from “friends and foes” is to paint the picture of “almighty Abba Kyari” as the enemy, cause disaffection within the Presidency, then crawl in once that wall of closeness and loyalty they’ve been trying hard to break since 2015 cracks. They will do everything from the camp of Yinka Odumakin to reenact the theory of Aso Rock CABALS just to weaken Osinabjo’s cordial relationship with PMB and people around him.  We know your games, we won’t fall for it.

These darts flying from within and without are being targeted at just one direction: OSINBAJO.

If you think this game is at its peak already, you are naïve, the game has just begun and everyone must learn how to discern the baits in the game of throne being played. Everyone is more than qualified towards 2023, don’t underestimate the game plan from all angles. The less you give voice to these unnecessary distractions in the game of power, the better for all of us. Don’t add to the distractions from the opposition and the main players, make fun of it henceforth and move on if you can’t “unlook” the scene completely.

The game is the game, the players are in their element, the pawns should stay focused to avoid crossfires.

By the way, if you don’t want them to see you as the hailers of Buhari, sorry for you o, you will fall for this gimmicks very easily and before you catch up with reality of the bait you fell for, you are already sounding contradicting to yourself. Avoid them, 2023 is still far, no be only Buhari 2nd wife you go see o, expect another fake news of Osinbajo’s secret wife from the usual quarter. Na Dubai Strategy.

It is my pen, it is my thoughts, I have right to put them up, if you don’t like it, wait till 2023 and see my support as expected. You already know where I stand, do you know where you are standing?