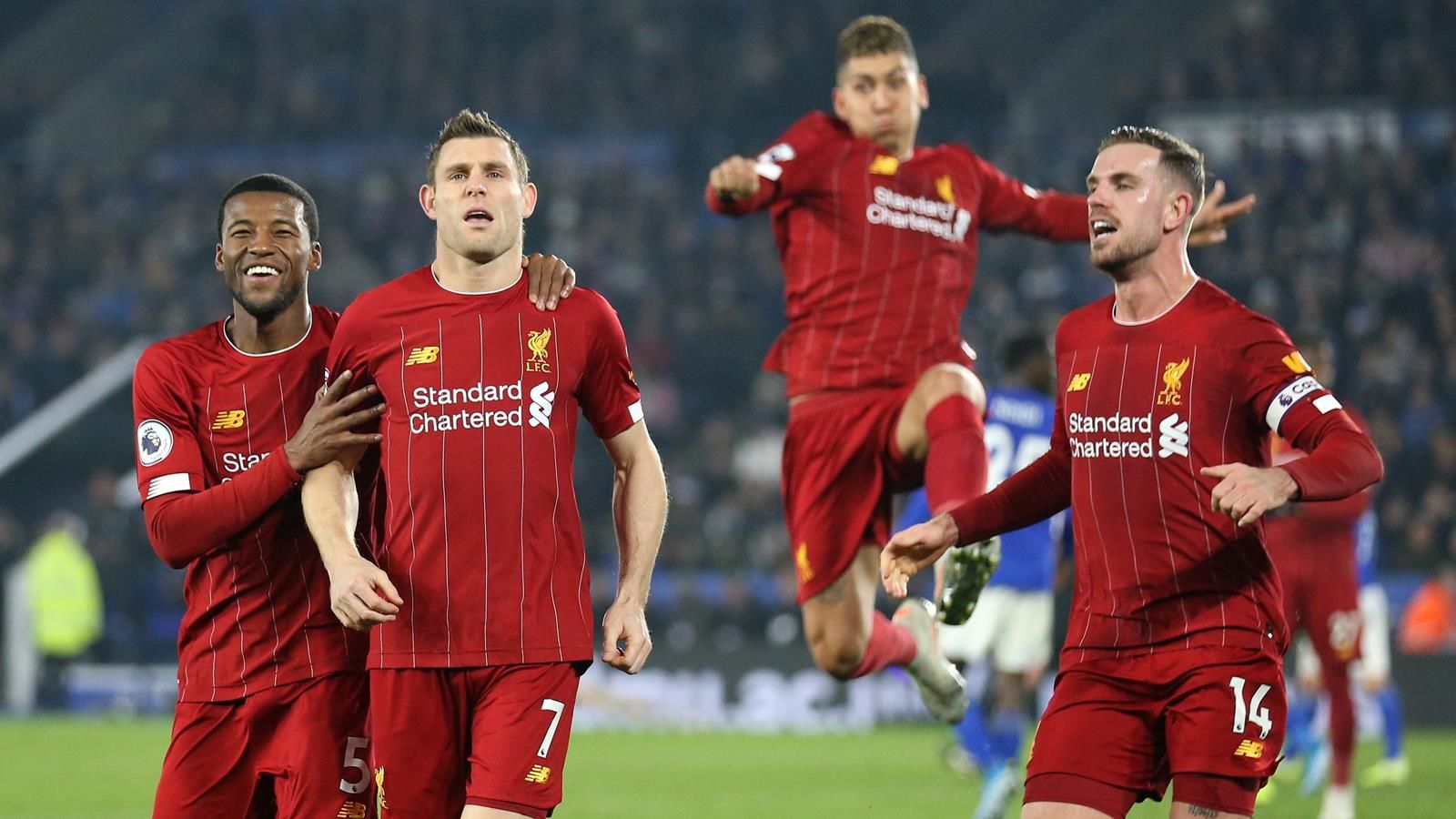 “Champions of England, you’ll never sing that!”
Maybe Leicester fans will have to leave that particular chant at home the next time Liverpool visit.
Because if this Boxing Day clash proved anything, it’s that nobody in the Premier League can touch the Reds right now.
Leicester certainly can’t. The scoreline at the King Power was 4-0, but the gulf between the two sides was as wide as the River Soar and as long as the M6. It was a chasm.
Title race? You’re having a laugh. Liverpool move 13 points clear at the top and have played a game fewer than Leicester too. Manchester City have to win at Wolves on Friday just to get within 11 points. And they too will have played a game more by that point.
As for Leicester, they had no answers. Brendan Rodgers’ side have deserved their plaudits this season, but they were given a lesson here. This was men against boys.
“I think we have played better,” said Jurgen Klopp afterwards. Who was he kidding?
It’s been some year for Liverpool, 2019, but they might not have delivered a performance as good, as complete as this. From first whistle to last, Klopp’s side were utterly dominant. This was a statement victory.
“A complete performance,” agreed the imperious Virgil van Dijk.
Leicester, we were told, were ready to test their credentials. They had their fans behind them, their confidence was high and they had the Premier League’s top scorer in Jamie Vardy ready to hurt them.
It never happened. The Foxes were pressed into submission, dragged onto the Red carousel and never allowed off. Vardy had fewer touches than anyone who started the game, including Alisson, the Liverpool goalkeeper.
Had you offered Leicester the final whistle after an hour, they’d have taken it. Liverpool should have been out of sight by half-time but instead had only Roberto Firmino’s header to show for their superiority. The home side failed to register a single effort, on or off target, in the opening 45 minutes.
And the second half? Well, that was even more one-sided. It took a penalty for Liverpool to double their lead, James Milner netting with his first touch after a handball in the box by Caglar Soyuncu. After that, it was exhibition stuff.
Firmino grabbed his second, taking advantage of another pinpoint assist from Trent Alexander-Arnold for 3-0. Alexander-Arnold’s display was a thing of beauty, and he capped it with his side’s fourth goal 19 minutes from time, as crisp a finish as you will see.
“Liverpool, Liverpool taking the p***,” sang the travelling Kop, amazed and appreciative of this team’s remarkable quality. Leicester finished without a shot on target.
“We were in the game until the ref decided to make himself a hero,” moaned Kasper Schmeichel. The laughter could be heard back on Merseyside after that comment. Whichever game Leicester were ‘in’, it wasn’t this one.

Liverpool had excuses here. They’d travelled to Qatar and back since their last league game, they had five possible starters sidelined through injury, they had a comfortable cushion whatever the result and they had the potential comedown after becoming Club World Champions. They could have eased off, they could have struggled.
They didn’t. Excuses? Pah. This team doesn’t do them.
Jetlag? No bother. Injuries? No sweat. Pressure? What pressure?
And don’t even talk about complacency. On this evidence, they don’t know the meaning of the word. Relentless, that’s what they are. Fitter than anyone, more hungry than anyone.
Better than anyone, right now. They have been for some time.
Perhaps we should have known something special was coming when Leicester chose to play “The Greatest Show” prior to kick-off here.
Liverpool have played better than Leicester demolition – Klopp
They got that alright. They were treated. Hugh Jackman and Zac Efron would have to approved of what went down at the King Power.
This was Liverpool. Some team, some performance.
Champions of England. They’ll soon be singing that, surely