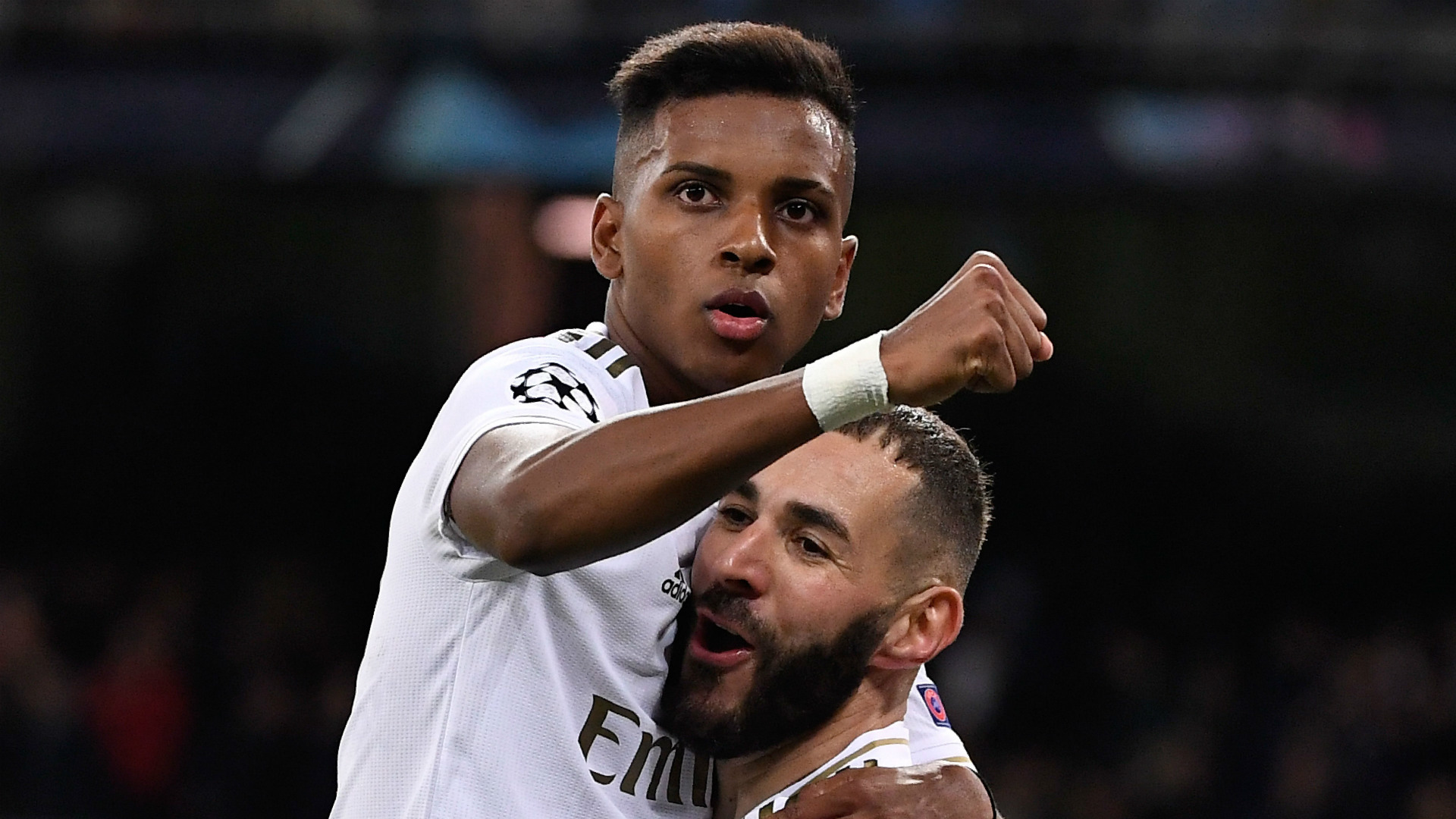 The 18-year-old Brazilian, who netted three goals against Galatasaray, has been compared to his compatriot but he is already making a name for himself
Four minutes!

That’s all it took for the 18-year-old Rodrygo to become the youngest Brazilian ever to score in the Champions League.

That’s all it took for him to become the youngest player in Champions League history to score twice in the same game.

By the end of the 90 minutes, he had become the second-youngest to ever hit a hat-trick in the tournament.

Truly staggering statistics yet perhaps we should be surprised that it has taken him this long to take the game’s premier club tournament by storm. This, after all, is not a kid renowned for hanging about.

He made his professional debut for Santos in November 2017 at just 16. The following year, he wrapped up his transfer to Real Madrid inside 20 minutes.

The agreed 12-month wait before actually moving to Spain clearly made Rodrygo even more impatient. And the hamstring injury that ruled him out of the start of the season must have only intensified his determination to make a positive first impression on the Madrid faithful.

He achieved that goal with a fine solo strike – just 93 seconds into his Liga debut (Only Brazil legend Ronaldo had ever done it quicker).

There was no goal on his Champions League bow. Rodrygo did, however, thoroughly vindicate Zinedine Zidane’s bold decision to start him up front against Galatasaray in Istanbul two weeks ago with a staggeringly confident performance in such a hostile environment.

Rodrygo’s inclusion had even come as a surprise to the player himself but he took it all in his stride and enthused afterwards, “Boy, I enjoyed that!”

He enjoyed the return fixture even more, though.

There were just four minutes gone in Wednesday’s clash at the Bernabeu when Marcelo whipped over a deep and deliberate cross the back post.

Rodrygo controlled instantaneously, nimbly stepped inside on to his left foot – sending a bamboozled Mario Lemina tumbling to the turf in the process – before stunning the ball into the bottom corner of the Galatasaray goal.

The venue doesn’t seem to make any difference; nothing seems to faze him.

When previously asked what he would offer Madrid, he simply stated, “I’m a fast striker: I score and I dribble.”

He can also use his head, though, as he illustrated just three minutes after opening his Champions League account.

Marcelo was the provider once more. This time, though, Rodrygo met his compatriot’s cross with a deftly and expertly angled header into the bottom right corner.

Again, no over-the-top celebrations. History made? No big deal. Just thanks to Marcelo for the cross – again.

Remarkably, he could have netted the fastest ever hat-trick in the Champions League when Madrid were awarded a penalty in the 14th minute for a trip on Toni Kroos on the edge of the Galatasaray area.

However, Sergio Ramos is nothing if not football’s biggest spoilsport and it was the captain who converted from the spot to put the home side three goals to the good.

Rodrygo was not to be denied the match ball, though, completing his hat-trick in the dying seconds of a resounding 6-0 win by poking home a return pass from Karim Benzema, whom the youngster had set up for Madrid’s fourth just before the break.

Given his Santos background, sleight frame and prodigious attacking talent, Rodrygo has obviously been compared to Neymar on several occasions.

It was even put to him upon his arrival in the Spanish capital that he might become ‘The Neymar of Madrid’.

Rodrygo calmly replied, “There is only one Neymar; there won’t be another.

“I would just like to be the Rodrygo of Real Madrid.”

He might just get his wish. He’s already making history – and quite the name for himself.