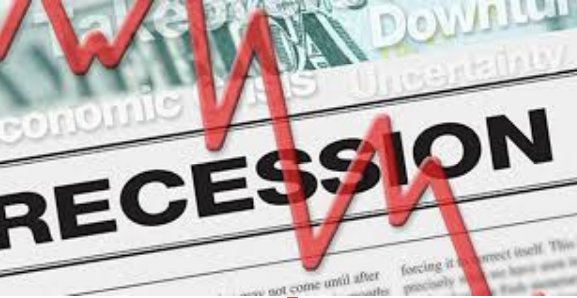 “The £2 trillion burden – worth around £80,000 per household – is just one of a string of unwanted records that will be smashed as a result of the outbreak.”

“Britain’s national debt is set to hit £2 trillion for the first time as the cost of the Covid-19 pandemic soars.”

That would put the debt at more than 100 per cent of national income for the first time since the end of the Second World War.

The surge in the national debt comes as the UK – along with other countries around the world – struggles to deal with the spiralling cost of dealing with coronavirus.

While it took over 300 years for the UK national debt to hit £1 trillion, it has taken only another ten years to reach £2 trillion.

Ehen, you will defend why UK enters recession o, I know you will. Their economy was properly handled unlike Nigeria abi? Why recession then?

“The OECD has warned that extra borrowing by already indebted governments during the crisis will ‘come back to haunt us’. Although record low interest rates make debt cheap at the moment, higher borrowing costs in future would push up the bill for servicing the debt, leaving less money for front line services such as schools and hospitals.”

Before the pandemic struck, debt interest payments were expected to cost the UK £56 billion this year, more than the entire defence budget.

“The £2 trillion burden – worth around £80,000 per household – is just one of a string of unwanted records that will be smashed as a result of the outbreak.”

“The Bank of England has warned that Britain faces the deepest recession for more than 300 years while borrowing this year is set to reach a hitherto unimaginable £300 billion.”

“That is because tax receipts have collapsed following the lockdown of the economy and government schemes to support families and businesses through the crisis are costing the taxpayer billions.”

£225bn o just because of 2020 pandemic.
What is the meaning of STRONG ECONOMY again? Economists will explain.

Canada’s economy is in a recession, C.D. Howe says

Canada is officially in a recession that’s been caused by the COVID-19 pandemic, the C.D. Howe Institute’s Business Cycle Council declared Friday.

The council, which monitors recessions and recoveries in Canada, said the economy peaked in February, just before drastic measures to slow the spread of the coronavirus that causes COVID-19 were implemented across the country.

“Members agreed that by applying the council’s methodology to the preliminary data available, Canada entered a recession in the first quarter of 2020,” the council said in a statement.

There are no hard and fast rules for declaring a recession, although one rule of thumb used by economists is that an economy is probably in one if it has shrunk for two three-month periods in a row.

The council rejects the “two quarters” rule and instead defines a recession as a “pronounced, persistent and pervasive decline in aggregate economic activity” based largely on GDP and the job market.

The COVID-19 pandemic is still less than two months old in Canada, but the council said Friday that the slowdown is already so swift and deep that it’s safe to declare a recession already.

So USA with STRONG ECONOMY will struggle with recession just because of 2020 pandemic despite having strong currency. It’s a “very unusual circumstance that we find ourselves in,” says Cecilia Rouse, an economist… Why can’t strong Nation like USA survive just one pandemic?

Total US government debt is now near $25tn..Wow! In all of 2019, the country borrowed $1.28tn. The US has approved about $3tn in virus-related relief, including health funding and direct payouts..

France and Italy entered a recession in the first 3 months of this year while Spain’s GDP plunged sharply, new data on COVID-19’s impact on European economies indicates. France & Italy in recession & Macron of France is still having his head?

Oya, over to you o “ERRORconomists”..