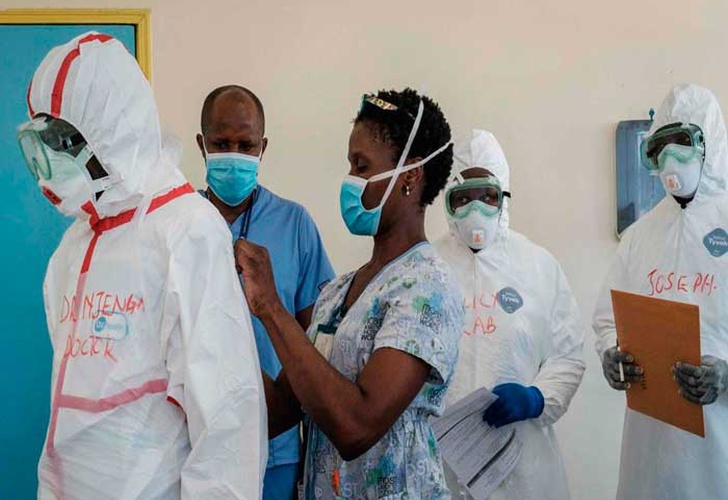 Three more COVID-19 patients have tested negative to the virus after treatment, and have been discharged from hospital in Ondo State.

The Commissioner for Information and Orientation, Donald Ojogo disclosed this in a press statement issued in Akure, the State capital.

“We are delighted to inform the good people of Ondo State that three more Corona virus patients have been discharged. This brings to six, the number of patients treated and certified okay to join their families.”

“Those discharged today are: the first Police officer who earlier tested positive in Lagos but came to Akure out of panic,  the woman from Owo, the lady who had arrived Akure from Abuja but was prevented from gaining access to her apartment by her vigilant landlord.”

Mr Ojogo further disclosed that seven of the thirteen confirmed cases in Ondo State are still on admission at the Infectious Disease Hospital, Akure and under strict protocols.

The Commissioner noted that with most of the COVID-19 positive cases being imported from other states, the Ondo state government is intensifying efforts to ensure all it’s land borders remain closed and adequately monitored by security agents.

He also stated that the restriction of movement in the state between 7:00 pm and 7:00am as directed by government is still in operation.